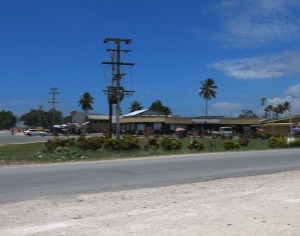 The re-elected Governor for West Sepik, Amkat Mai, has raised concerns regarding the delay of major electrification and water projects in Vanimo town.

Putting his questions to State Enterprise Minister, Ben Micah, yesterday in parliament, Mai said power poles have already been shipped to Vanimo but no work has begun.

“When will PNG Power put up the poles that are now sitting in Vanimo? They need to be brought to the border (PNG-Indonesian border) so we can connect with Jayapura,” Mai said.

In response, Minister Micah said the initial deal between Indonesia and PNG to source electricity from Indonesia has not reached its conclusion due to internal issues with PNG Power.

However, he assured Mai that the government is committed to completing the deal.

“Our friends on the other side of the border have connected their electricity to Batas, and are ready to connect with us. I want to assure you that we will conclude the deal and we will begin the process of putting up the poles and connect electricity into Vanimo,” Micah said.