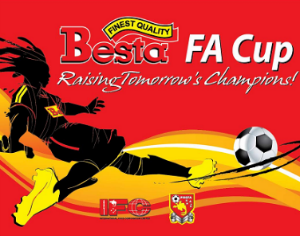 Goroka will play host to the Papua New Guinea Football Association Besta Cup Highlands leg at the National Sports Institute from 9 to 11 of this month.

The Highlands region will be the last Besta Cup tournament before the finals in Lae.

PNGFA competitions manager, Simon Koima, says participating centres wishing to take part must be a current member or associate member of the organisation.

Momase region kicked off their tournament with Situm coming out on top, beating Lae football association, while the NGI region held theirs in Manus, with the hosts victorious in the end.

Port Moresby successfully hosted the Southern region leg of the Besta Cup, which ended on 21 September.

This year PNGFA expects all Highlands provinces to field both men’s and women’s teams, while also making it clear that any team that failed to comply will not be allowed to participate in the tournament.

Goroka football urged other associations to come prepared with the finalists advancing to the Besta Cup final.

A deadline has been set for all teams to pay their registration fees before 5 October.