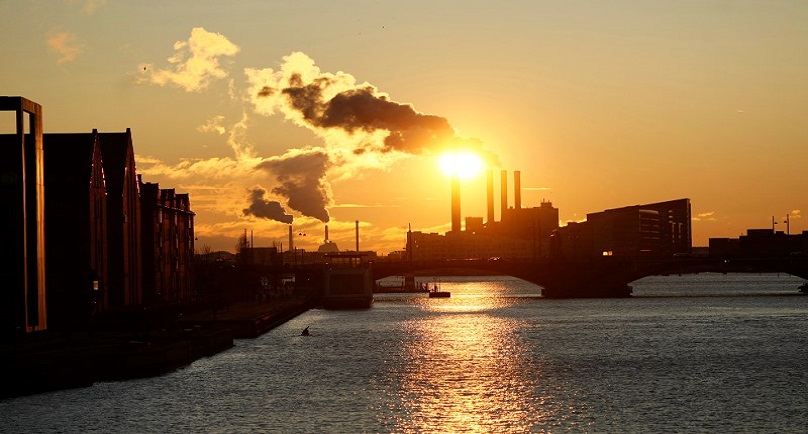 BARCELONA (Thomson Reuters Foundation) – The globalization of the world’s economy this century has made it far more vulnerable to the impacts of extreme weather, including heat stress on workers, scientists said on Friday.

A study by the Potsdam Institute for Climate Impact Research and Columbia University showed production losses caused by high temperatures, predicted to rise further with climate change, now spread more easily from one place to another as they ripple through global supply chains.

In just a decade, the susceptibility of the world’s economic network to heat stress – which causes workers to tire quickly among other physical effects – has doubled, researchers found.

This is because production has become more interlinked since the turn of the century, said co-author Anders Levermann, a top climate change expert at the Potsdam Institute.

“Weather extremes are not really factored into the thinking of a lot of industries, and in particular not weather extremes far away,” he told the Thomson Reuters Foundation. “But our study shows it’s really one world with respect to climate impacts.”

The researchers looked at the effects of small daily disruptions to production from extreme temperatures leading to heat stress among workers in construction, agriculture and other economic sectors.

They covered economic flows between 26 industry sectors and final demand in 186 countries, running computer simulations of heat-stress consequences to find out more about how production losses are propagated along supply chains.

“It is really a global phenomenon – whichever sector… is hit by weather extremes is going to have the same response, the same problem,” said Levermann.

The researchers said the findings, published in the journal Science Advances, pointed to the need for societies and businesses to adapt to more intense weather extremes.

For example, they could make better use of insurance against production failures or expand their pool of suppliers, Levermann noted. But for that to happen, there must be greater awareness of climate change and its effects on the global economy, he added.

Work is underway, meanwhile, to strengthen evidence on the links between extreme weather events and climate change.

This week, scientists collaborating on the World Weather Attribution (WWA) program concluded that human-caused climate change played an important role in the heavy rains that pounded parts of France in late May and early June, triggering flooding and destruction.

The probability of three-day extreme rainfall in this season in France has increased by at least 40 percent because of global warming, they said.

For the Seine river basin, it is likely to happen roughly 80 percent more often than in the past, and for the Loire around 90 percent, they added.

But there were no conclusive results from a similar analysis of late-spring thunderstorms in Germany, they noted.

In parts of central and northeastern France, historic flooding of rivers led to widespread power outages and forced Parisian landmarks like the Louvre art museum to close. The deluges are reported to have killed at least 18 people in Germany, France, Romania and Belgium, the WWA team said.

“Sadly we saw that even advanced infrastructure and water management cannot prevent some areas and neighborhoods being overwhelmed and people sometimes dying.”