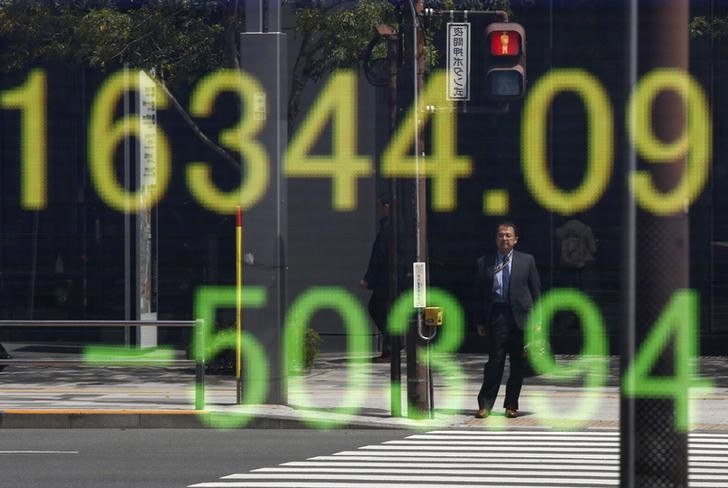 NEW YORK (Reuters) – Stocks gained broadly on Tuesday, helped by buoyant oil prices, a day after Federal Reserve Chair Janet Yellen pushed back expectations for an interest rate increase without raising concerns over the strength of the world’s largest economy.

Crude oil futures traded above the psychologically important $50 mark, touching a 2016 high, supported by a weaker U.S. dollar, which wallowed near a four-week low.

The MSCI world equity index <.MIWD00000PUS>, which tracks shares in 45 nations, rose to the highest in more than six weeks.

Worries over potential supply shortages from attacks on Nigeria’s oil industry helped boost oil prices, as did expectations of a likely drop in U.S. crude stocks, a third decline in as many weeks.

“With the industry projecting a decline in total U.S. crude oil stocks in this week’s reports, the market bears are remaining on the sidelines,” said Dominick Chirichella, senior partner at the Energy Management Institute in New York.

The price of oil has nearly doubled since January, boosted largely by a spate of unplanned outages that have eroded production in Canada, Venezuela, Libya and Nigeria, along with a steady decline in higher-cost U.S. shale output.

Europe’s broad FTSEurofirst 300 index <.FTEU3> closed up 1.19 percent at 1,360.25, taking cues from Yellen’s remarks on Monday and helped by improving sentiment due to the firmer oil prices.

In the currency market, the Australian dollar <AUD=D4> was the biggest gainer among major currencies after the Reserve Bank of Australia kept interest rates on hold and hinted it was in no hurry to ease monetary policy further on signs of reasonably strong economic growth.

The U.S. dollar hovered near four-week lows against a basket of currencies as traders speculated when the Fed may next raise interest rates. The dollar index <.DXY> was last down 0.02 percent at 93.887.

In the bond market, U.S. Treasury prices rose, boosted by expectations the Fed will not raise interest rates for several months. But they briefly pared gains after the government had to pay more to sell new notes.

The Treasury sold $24 billion in three-year notes at a high yield of 0.93 percent, around half a basis point above where the notes had traded before the auction.

Gold eased as investors turned cautious after the metal failed to sustain a recent rally. Spot gold prices <XAU=> were down 0.1 percent to $1,243.57 an ounce, still near a 2-week high.

Will Smith, Lennox Lewis to be pallbearers at Muhammad Ali funeral