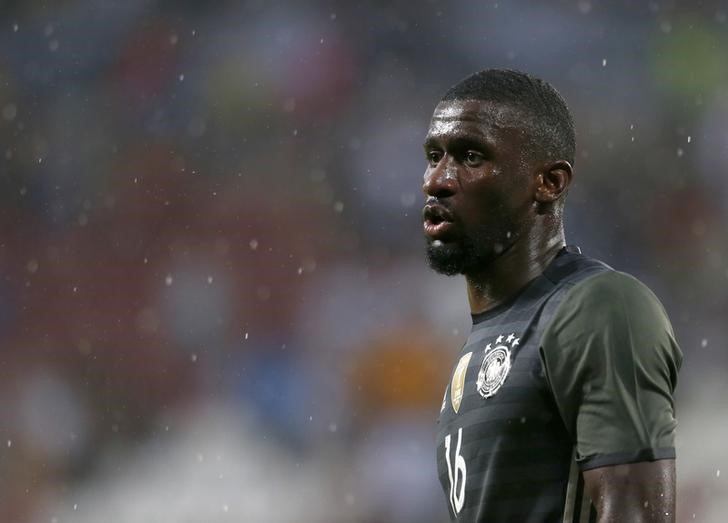 EVIAN, France (Reuters) – Germany defender Antonio Ruediger will miss Euro 2016 after tearing cruciate ligaments in his right knee in the squad’s first training session at their base on Tuesday, the world champions said.

“A decision on a new player has yet to be taken,” the team added in a statement.

Ruediger’s injury is a further blow for Germany’s back line with centre back Mats Hummels still to fully recover from a leg muscle injury that meant he had to train alone during their pre-Euro 2016 camp in Switzerland.

The 23-year-old Ruediger, who plays for AS Roma, was hurt midway through a session that was open to the public.

Germany had arrived at their tournament base near the Swiss border only hours earlier.

Joachim Loew’s men, who are chasing their fourth European Championship trophy but their first since 1996, play Ukraine, Northern Ireland and Poland in the group stage of the competition that starts on Friday.

Will Smith, Lennox Lewis to be pallbearers at Muhammad Ali funeral