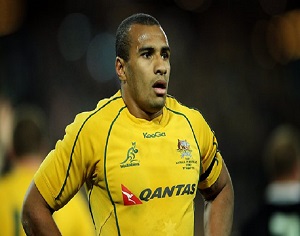 After 8 years in the business, Will Genia has finally called it quits on Australian Rugby.

His move to Paris following the end of the Rugby World Cup signalled the end to his Australian Rugby Career, which began in 2007 with the Queensland Reds.

After a bold decision to step out of the Green and Gold jersey, Genia thanked the whole of Papua New Guinea for supporting him throughout his successes, while representing his mother’s heritage.

His move to France following the recent Rugby World Cup, on his social media page on Instagram, Genia thanked all Papua New Guineans for the support he received not only during the Rugby World Cup but throughout his whole career in Australia.

He said, as a proud Papua New Guinean, he has always represented both Australia and his homeland whenever he pulled on his jersey.

Genia hopes that he has set a good example for young kids in PNG that dreams can come true and never let anyone tell you that you can’t.