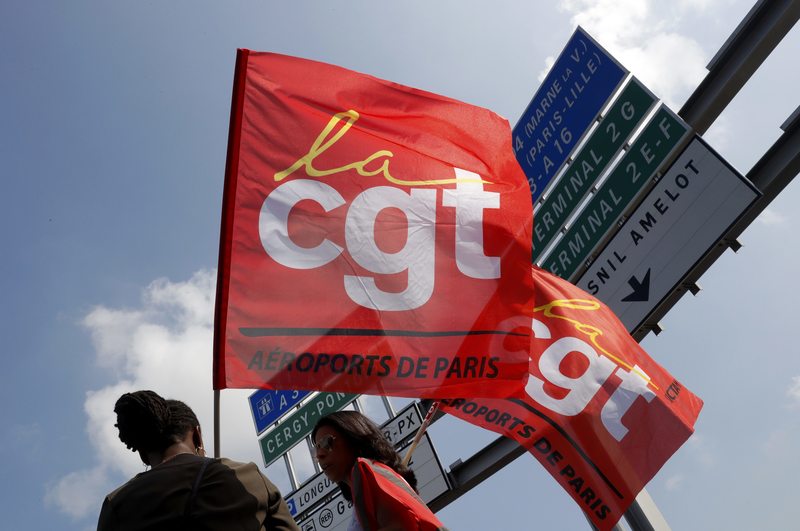 By Brian Love and Emmanuel Jarry

PARIS (Reuters) – The head of French state railway SNCF said on Tuesday he hoped the powerful CGT union would endorse a new deal on working conditions and end a strike before the Euro 2016 football tournament, hosted by France, starts on Friday.

Officials from other labour unions also said they expected the CGT to progressively pull out of the strike over the coming days. Strike turnout has already fallen to about half of what it was a week ago when the stoppages began.

Under pressure from a government keen to calm the situation before the Euro 2016 starts, the SNCF has put new proposals to unions that will preserve most current working conditions and even improve some.

Two reformist unions that have the second and fourth biggest membership among rail workers said they would back the proposals while the smaller Sud Rail rejected it. The CGT, the biggest union in the firm, has not yet taken a stance.

The strike has so far cost the SNCF more than 300 million euros ($340 million), a sum Pepy said was equivalent to 2015 profits.

Optimistic after a marathon overnight meeting that tackled issues such as night shifts and rest periods, Pepy said he saw the strike ending possibly on Wednesday or Thursday.

The dispute centres on EU-wide rail liberalisation in 2020 but is also closely linked to broader government plans to make hiring and firing easier as President Francois Hollande tries to trim a jobless rate stuck stubbornly at 10 percent.

Workers from other industries have staged protests over the last few weeks and the government has offered significant concessions to defuse those sectoral protests but has flatly refused to withdraw the flagship labour law plans.

At the SNCF, the government pressed for concessions on train drivers’ rest times, which managers had said could make the heavily indebted company uncompetitive.

“The CGT has started back-pedalling but the hardest thing for it will be to convince its troops to pull out after getting them worked up so much,” a leader at another trade union told Reuters on condition of anonymity.

Beyond the SNCF, the government also has to deal with CGT-led industrial action in the energy sector, which has halted output at some oil refineries, although police have broken up fuel depot pickets in recent days to head off major shortages.

Total SA has said it plans to restart some of its five refineries after days of disruption but CGT representatives said the union would persist with strike action until Friday.

Air France pilots are threatening to strike from Saturday.

The SNCF forecast further improvement in services on Wednesday, with three out of four TGV high-speed trains and six in 10 slower inter-city trains expected to run.