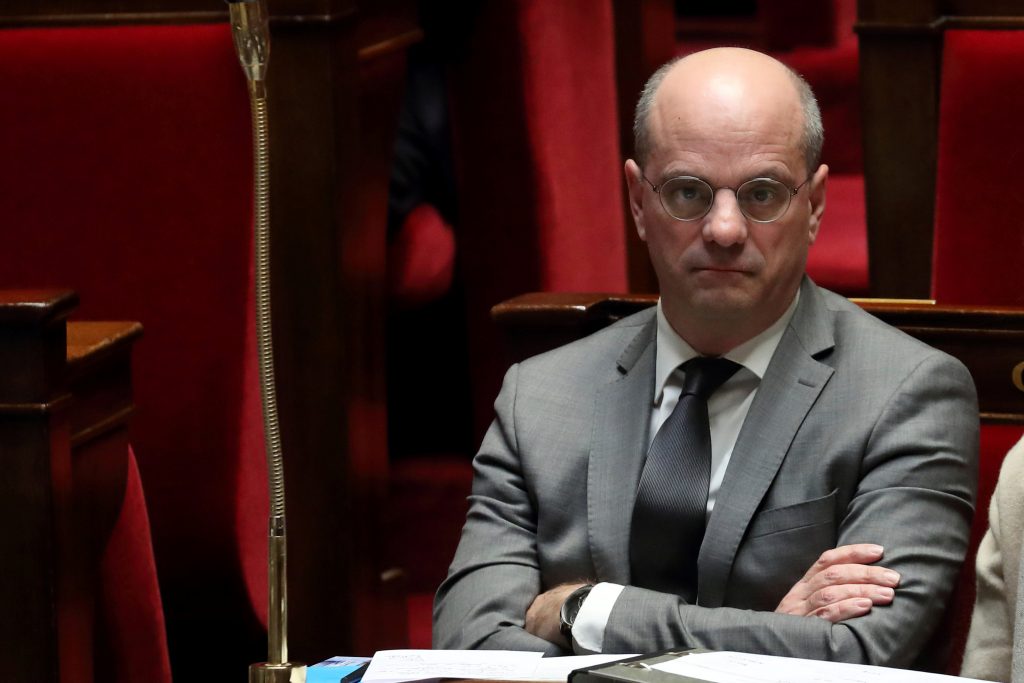 PARIS (Reuters) – France’s phone-addicted children will be obliged to do without their mobile devices at school under a bill the education minister on Thursday called a “detox measure” to combat classroom distraction and bullying.

President Emmanuel Macron, whose Republic on the Move party holds a commanding majority in the National Assembly, hopes for a speedy passage through parliament, in time to impose the blanket ban before the next academic year starts in September.

More than 90 percent of children aged 12 years or older have a mobile phone in France, according to the bill. France’s action has stirred debate in other countries like Britain and Ireland on whether they should take a cue from Paris on the ban in schools nationwide.

“You can’t find your way in a world of technology if you can’t read, write, count, respect others and work in a team.”

Teachers are targeted too, following a late amendment by ruling party lawmakers just as the bill was put to the lower house. Minister Blanquer suggested that would not fly, saying: “I don’t think that’s necessary”.

Some teachers have publicly derided their inclusion, including Stephane Crochet of the UNSA teachers union, who told RTL radio it was an insult to adult-age staff and also a security risk.

Supporters of the bill say smartphone usage among children of junior and middle-school age has worsened cyber-bullying, eased access to pornography and hampered the ability of youngsters to interact socially.

Phone theft, racketeering and obsession with fashion brands were other negatives justifying an attempt to strike a balance in children’s lives, the minister said.

Crochet said teachers needed phones in case of emergencies. The Islamic State militant group has called on followers to target schools because of their espousal of secular education.