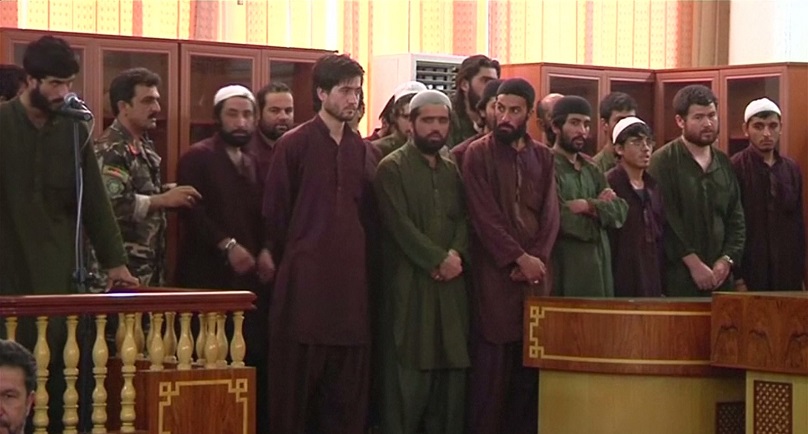 Four were sentenced to death yesterday, and eight others imprisoned, over the death of an Afghanistan woman, who was falsely accused of burning a Koran, before being brutally beaten to death by a crowd of men.

The killing caused protests against religious extremism in Afghanistan’s capital of Kabul.

Twenty-seven-year-old Farkhunda suffered at the hands of an angry mob that brutally beat and kicked her to her death after she was falsely accused of burning a Koran, Islam’s holy book. Her body was set on fire and dumped into the Kabul River as police reportedly looked on.

Despite justice being served, some of Kabul’s community believe there is a long way to go.

“Our girls and women don’t have any immunity inside our country because there is no rule of law, there is injustice and corruption within the government, and we suffer continuously from this lawlessness,” said Maryam Jan, a Kabul resident.

Eight defendants were jailed for 16 years, with 18 others found not guilty due to lack of evidence. The man who falsely accused Farkhunda of burning a Koran was one of the four sentenced to death. He was the caretaker of a Muslim shrine.

Nineteen police officers are also on trial for standing by and not acting to stop the violence.

“The primary court decision that sentenced four people to death, and imprisoned eight others to 16 years in jail, and let free 18 others without charges, is not acceptable for the people of Afghanistan.

“I hope the High Court takes this case into investigation and makes the right decision, so that in the future, nobody should have the courage to burn or kill a woman in public,” said Roshan Mohsini, an Afghan Civil Society member.

Global attention was similarly drawn to Papua New Guinea in 2013, when 20-year-old Hagen woman, Kepari Leniata, was brutally tortured and burnt alive in front of a church for allegedly practicing sorcery.

No arrests have been made since her death.