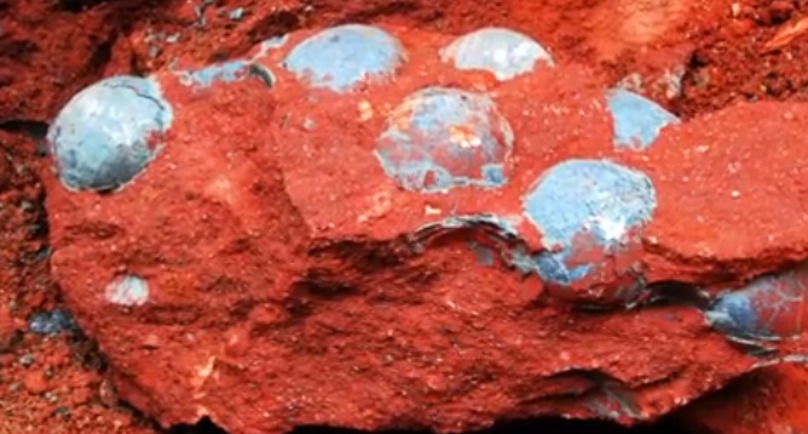 Known as the ‘Home of Dinosaur’, Heyuan City in China, has recently added a new collection of fossilised dinosaur eggs to its existing collection in its museum.

The dinosaur eggs were discovered by construction workers during road repair work in the city.

In 2014, the city museum with its discovery record of 10, 008 dinosaur eggs, won a Guinness World Record.

Most of these dinosaurs’ eggs in the museum, from studies have been identified to belong to the ‘Oviraptorid’ and ‘Duckbilled’ groups of dinosaurs.

According to David Davis, a curator at the Royal Ontario Museum, the city is “world famous” for the number of dinosaur eggs and is one of the world’s region that were “favourable” for dinosaurs to lay eggs.

The discovered eggs are under study by scientists to discover their origin while more search continues.

Deputy Director of the Heyuan museum, Huang Zhiqing, said it was the first time the fossils have been discovered in the bustling city centre, after the first discovery in 1996 by children at a construction site.

Out of the 43, 19 eggs remain intact and are not damaged.

Some Chase branches in Seattle closed by protests over pipeline loans