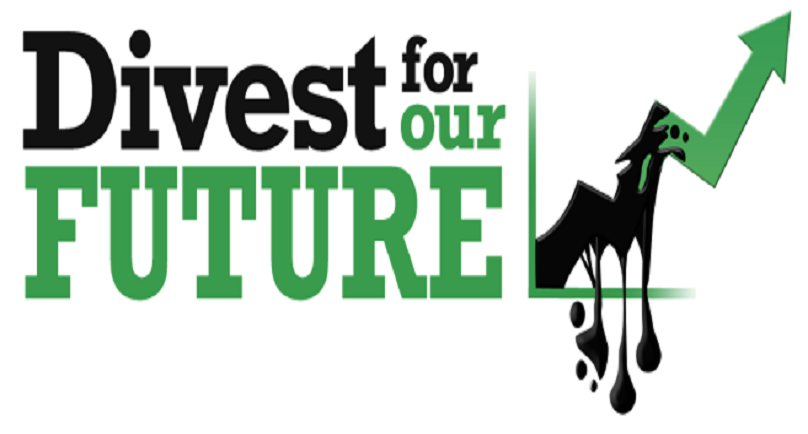 During the past four years, some of the world’s biggest banks, wealthiest investors and a growing number of individuals have decided to turn their backs on fossil fuel investments, not just for ethical reasons but due to an increasing acknowledgement of financial risks.

It’s a risk that every investor with superannuation could be exposed to if there is a fall in the value of resource stocks, such as coal companies in Australia.

Global investment bank Goldman Sachs, which sold its coal mines in August, told its clients this week that it believes consumption of coal was now in terminal decline and would peak before the end of the decade.

While some people might not feel this affects them, the reluctance of superannuation funds to consider the cost of climate change action could see many people lose money due to their fund’s bad investments.

Canadian author and activist Naomi Klein underlined the risk during her visit to Australia recently, saying 80 percent of proven fossil fuel reserves needed to stay in the ground if the world was to meet the 2C warming target that the governments agreed to in Copenhagen in 2010.

“We see that fossil fuels companies have five times more carbon in their proven reserves than is compatible with life on Earth,” said Klein, who is a board member of climate change movement 350.org.

This is why so many young people, faith organisations and local activists are joining the fossil fuel divestment movement.

“Australia, by way, has what appears to be the fastest growing fossil fuel divestment movement in the world… this is all because people have done the math.”

Divestment has become a worldwide phenomenon since 2011 when a group of US students concerned about climate change started pressuring their universities to stop investing in coal and other fossil fuels.

It has become popular partly because of the increasing recognition of the financial risks of investing in fossil fuels.

When one of the world’s richest sovereign wealth funds, Norway’s $1.26 trillion Government Pension Fund Global, announced in May it would dump stocks in 122 coal companies, its decision was based on both climate and financial risks.

A potential fall in the value of fossil fuel industries was also cited as a reason for Australian National University’s decision to sell $16 million worth of shares in resource companies, and the Rockefeller Brothers Fund’s decision to divest, despite it being controlled by a family that built a vast fortune on oil.

This week, actor Leonardo DiCaprio joined a new campaign, Divest-Invest Coalition, and he has pledged to dump his own holdings, and those of this foundation, in traditional fuel firms.

The divestment movement has grown from representing $50 billion in assets a year ago, to $2.6 trillion this year, according to Arabella Advisers, an organisation that helps guide philanthropy.

About half of Australia’s managed funds are now being handled using responsible investment strategies, the Responsible Investment Association Australasia pointed out in its 2015 report.

While financial risk is one of the reasons big organisations are choosing to get rid of fossil fuel stocks, ethical investing still plays a big part in why they divest.

A number of banks both in Australia and overseas have said they will not finance the proposed Carmichael coal mine in Queensland, which will see more coal shipped through the Great Barrier Reef.

Meanwhile, the City of Newcastle, which is home to the world’s largest coal port decided to move its cash holdings out of the four major banks because they lend money to coal companies.

Individuals are also getting in on the act, moving their money into ethical superannuation funds and banks.

HOW DO ETHICAL SUPER FUNDS PERFORM?

A report from research house Lonsec found that ethical super funds in Australia outperformed the returns from others in their peer group in 2014-15.

According to a sector review of responsible investment, the top performing ethical fund over seven years was Perpetual Wholesale Ethical SRI Fund, which delivered a 8.25 per cent return compared to the benchmark of 2.8 per cent.