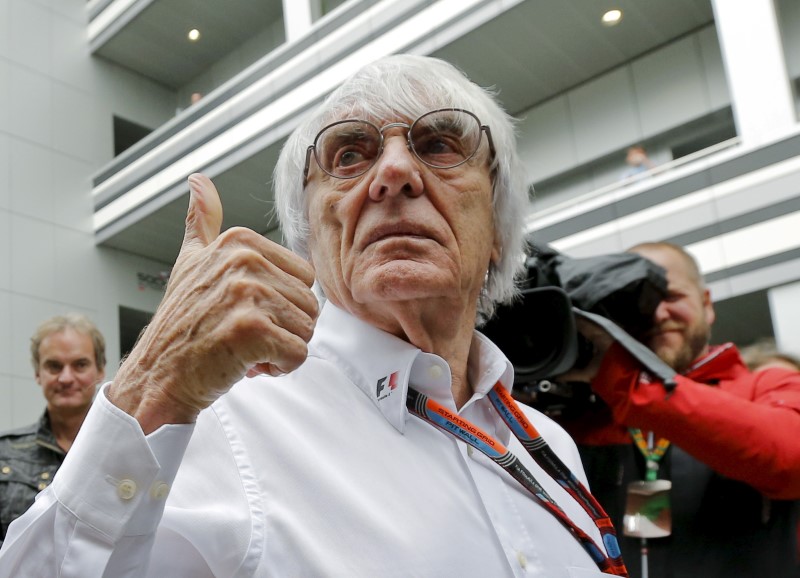 LONDON (Reuters) – Formula One is planning to add more cockpit cameras and gather biometric data from drivers, possibly as early as this season, to provide a better understanding of accidents and improve safety.

High-speed cameras, pointed at the driver and taking frames every 100th of a second, were installed in cars at the start of the year and provided detailed information about Fernando Alonso’s Australian Grand Prix crash in March.

Drivers’ radio earpieces now also incorporate tiny accelerometers, wired through to the car’s electronic control unit, that measure the forces the head is subjected to in any impact.

Laurent Mekies, the General Manager Research for the governing FIA’s Global Institute, said that there was more to come.

Biometrics, gathering data such as a driver’s heart rate, body heat and sweat levels, were the next step.

“I hope that we will be able to put something on a driver before the end of the season, at least in a test,” he told the latest edition of the FIA’s Auto magazine.

“Biometric data will help us to assess the driver’s conditions before, at the time of the crash and after the crash as far as the rescue operations are concerned.”

Mekies said plans to introduce a cockpit head protection system next season, with a so-called ‘halo’ device favoured, also offered the opportunity to place additional cameras above the driver.

Safety belts could also be used to help estimate the loads on a driver’s upper body.

In the case of Alonso’s crash at the Melbourne season-opener, the high-speed camera footage showed the Spaniard’s helmet made contact with the left inside of the headrest twice during the impact.

The McLaren, which hit the Haas of Mexican Esteban Gutierrez at 305kph at the point of impact, recorded a lateral deceleration of 46G after digging into the gravel and being thrown into the air.

Alonso walked away but missed the subsequent race in Bahrain.

The FIA said it was the first time that all of the new safety measurement systems had been brought together to provide “a forensic picture of what happens to the driver and the car during a major accident.”