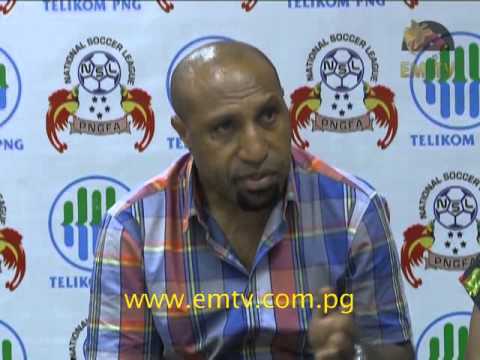 • Meet striker Pettyshen Elijah, the 22year striker from Dilou Island in the Manus Province… and currently striker for PKA Rapatona in the southern conference.

• Madang FC could also be facing disciplinary action taken against them, by the NSL Board, after reports of crowd violence surfaced during the match between Madang FC and Lae City Dwellers.

• The second stage finals of the Telikom National Soccer League, has hit a snag, after the NSL Board decided to defer the draws presentation, following an appeal by a club in the Southern Conference.

• The announcements had been expected to be made at a press conference held earlier today, however, NSL deputy chairman, Dan Kakaraya, stated that with the appeal process still taking place, the decision to delay, was felt prudent.

• Operational planning is well underway for Papua New Guinea to host the FIFA U-20 Women’s World Cup in November and December this year.