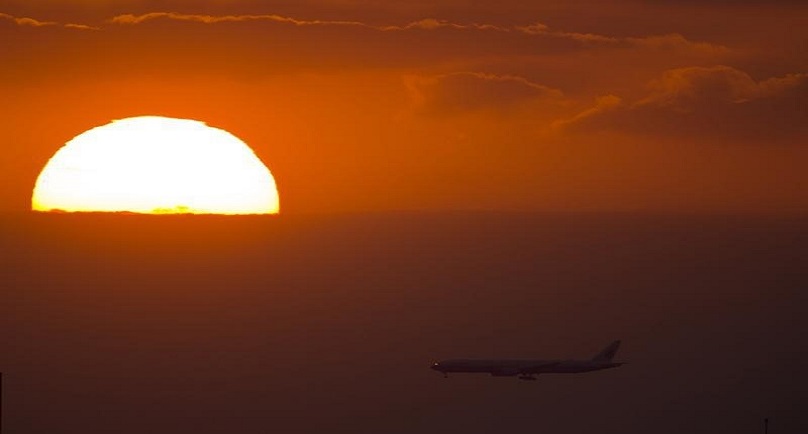 Image: A passenger jet flies past the setting sun in Shanghai in this September 17, 2013 file photo. REUTERS/Aly Song

By Siva Govindasamy and Anshuman Daga

SINGAPORE (Reuters) – Fresh from taking on the world in financial services, China’s cashed-up banks are targeting a bigger slice of the surging global aviation market, beefing up affiliates bent on supplying planes to airlines around the planet.

Chinese lenders have grown big in traditional business like investment banking and brokerage, flush with Beijing backing and cheap funding. Now institutions are investing in operators that specialize in jet leasing, a newer financial service that was once the exclusive preserve of Western players.

Bank of China Ltd’s BOC Aviation Pte arm is set to go public this year with an estimated $3 billion listing, the industry’s biggest. Four Chinese lessors – including BOC Aviation – are among the world’s top 15 by fleet value in a $228 billion industry, according to consultancy Flightglobal.

Western firms like AerCap Holdings NV and GE Capital Aviation Services LLC still dominate a sector that underpins aviation – some 40 percent of carriers’ aircraft are leased to avoid the fixed costs of owning planes. But China, through its banks, is aiming to create its own global champions.

“The political drive is there for China to be part of the global economy,” said Johnny Lau, who ran the aircraft leasing arms of Industrial and Commercial Bank of China Ltd (ICBC) and China Minsheng Banking Corp before starting his own consultancy.

Against a backdrop of oil prices falling to 12-year lows, at least temporarily reducing aircraft operating costs and boosting carriers’ profitability hopes, the drive is already under way.

Now China’s biggest lessor, and the world’s sixth-biggest, with a fleet valued at more than $10 billion, BOC Aviation was founded in 1993 and bought by Bank of China in 2006 from investors including Singapore Airlines.
For China’s banks, keen to grow abroad, the lure is in part predictable, dollar-denominated revenue streams.
Airplane lessors are basically financing operations: planes are bought from aircraft makers like Boeing Co and Airbus Group in bulk and rented out to airlines – from full-service carriers to budget operators – keen to keep fleets flexible.
“It is an enviable position,” said consultant Lau. “When (Chinese lessors) issue a bond backed by their parents with the bank’s guarantee, there is no problem finding investors.”

Apart from Bank of China, units of ICBC and China Development Bank Corp are among the top 15 leasing firms in the world. Their clients stretch across the global industry: BOC Aviation, which declined to comment for this article, leases jets to full-service Gulf carrier Emirates Airline and U.S. low-cost operator Southwest Airlines Co, among others.
Ambitious leasing subsidiaries of China Construction Bank Corp and Bank of Communications Co are among those ramping up after placing multi-billion dollar orders for Airbus and Boeing aircraft.

It’s not all plain sailing. The Chinese lessors can be hampered by a lack of management talent, experience and industry connections – ties which can smooth over everything from marketing a plane once a lease comes to an end, to lessening the impact of a client airline’s bankruptcy.

“The technical expertise in terms of the aircraft, how to actually manage it when it comes to the end of the lease term is very, very important because that impacts the return,” said Clarence Leung, asset finance & leasing director at PwC.

BOC Aviation provides an example of the opposite.

Chief executive Robert Martin, on board since 1998, has been credited with bridging differences between a Singapore-based team of experienced international leasing executives and a Chinese banking giant, creating a business known for a focus on profitability, not size.

While the lessor has ordered more than 170 Airbus and Boeing aircraft worth over $18 billion at list prices over the last 18 months alone, almost all are narrow-body jets like the Airbus A320s and Boeing 737s. These account for 70 percent of its overall portfolio – as they are used by more operators and therefore easier to place.

The company’s good record has also helped it to win lucrative, highly-competitive deals such as a contract to supply 20 A320s to Singapore Airlines’ Indian subsidiary Vistara.