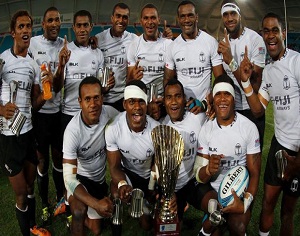 The team still has a few more tournaments before the games to fine tune preparations, but for now they are proud to have just qualified for the games.

Rugby sevens will debut at the upcoming Olympic Games, a sport that was last featured in the Olympics of 1924.

But the shorter, quicker, exciting version of the game will be played next year in Rio. The top four countries in the HSBC Sevens World Series table have already secured their spot in the tournament.

Among the four countries that have already qualified is Fiji, who recently have become a sevens powerhouse in world rugby.

This year in the HSBC World Sevens series circuit, the flying Fijians took out the cup in both the Las Vegas and in Hong Kong.

Captain of the Fijian team, Osea Kolinisau, said his team is excited to have qualified for Rio and will now focus on the next few tournaments leading up to the games.