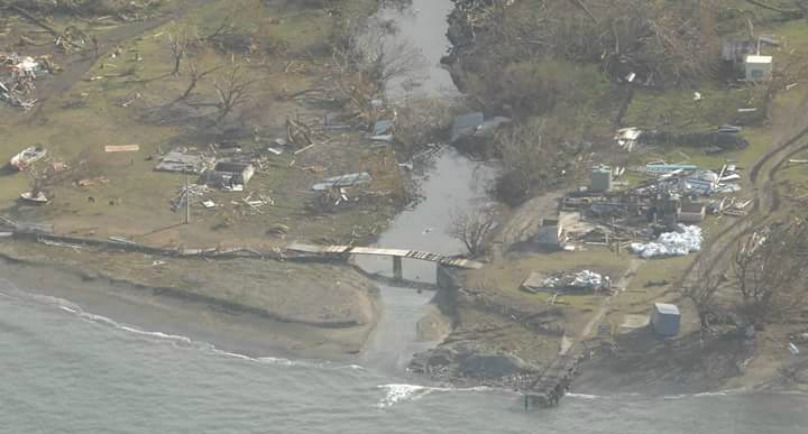 As the people of Fiji slowly come to grips with the utter devastation of the Category Five Tropical Cyclone Winston that hit over the weekend, the head of government Frank Bainimarama could only assure the nation his government’s highest priority was to repair and rehabilitate what they’ve lost.

He has mobilised the island nations defence and police forces to start deploying resources and personnel to affected areas around the country. The National Disaster Management Office (NDMO) has declared the island of Koro, in the Eastern division of the country as a priority area, where more than 2,000 families have been affected.

The first aerial survey after the cyclone on Sunday showed that a number of villages on the island have been flattened and people are without basic supplies. As of Monday afternoon, the unofficial death toll has climbed to 20.

Disaster authorities expect this number to increase because the office is yet to receive reports from a number of islands affected. Most parts of the country are still without power, however telephone and mobile phone communications are slowly being restored.

Tropical Cyclone Winston packed winds of close to 200kmph when it made landfall on Saturday, with momentary gusts up to 315kmph.

It is the strongest cyclone ever recorded in the Southern Hemisphere.

Fiji is now in a state of natural disaster, which means that the whole of government machinery is being co-ordinated by the NDMO. The full extent of the damage will not be known until survey teams return to Suva later in the week.