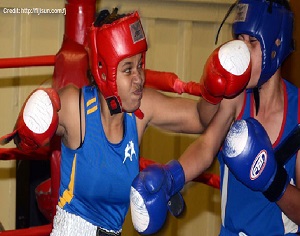 Despite uncertainty of boxing being part of Fiji’s contingent to compete at this year’s Pacific Games, the team is hopeful, aiming to field ten male and three female boxers.

Team Fiji Chef de Mission, Cathy Wong recently speaking in Fiji, said the government was helping to ensure, that boxing would be part of the Pacific Games contingent.

Fiji is among three other Pacific nations, Tahiti and Samoa that are PNG’s biggest rivalries in boxing.

In a report on Fiji Times, Team Fiji Chef de Mission confirmed, “in order for Fiji to participate in the code, the boxing decree has to be changed.

Due to a falling out with the Fiji Amateur Boxing Association and the International Boxing Commission, Fiji rights and privileges was stripped off to participate in regional and world events.

Fiji now has a chance of history, breaking through, in the 2015 Pacific Games, as this will be first time for women to fight at the Pacific Games.

Early this month, PNG Boxing Federation President, John Avira said he was ready to take on the challenge from Pacific rivals, Fiji, Samoa and Tahiti.

With Fiji’s hopeful inclusion at the games, strong competition is expected to come from both ends.

The PNG boxing team will be finalised, after the national boxing trials, in Goroka next week.