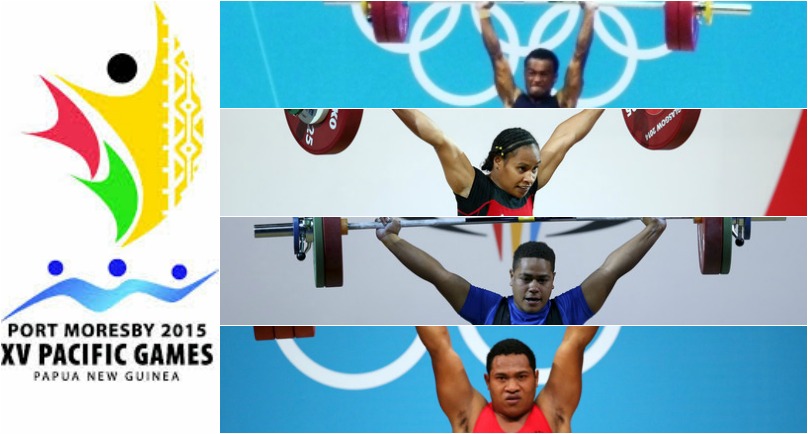 In events leading up to the 2015 Pacific Games, athletes from around the Pacific are prepping for July.

Papua New Guinea is looking forward to hosting the Games and is optimistic in winning medals in most events that will be taking part in this year.

Fiji, another contender in the Pacific Games, is confident they will be claiming gold in the 56 kg category in weightlifting. Manueli Tulo, 56 kg Fijian weightlifter, has been training under the watch of his coach, Joe Vueti.

Coach Vueti said, “Manu is 110 per cent a gold medal prospect for Fiji. He has been lifting good weight and often more than the games record, so yes we are confident that he will get us a gold.”

Tulo has an impressive record, winning two gold medals at the 2009 Arafura Games in the Men’s Open and Junior Men’s Open events, at the age of 19.

“Unlike our other lifters, Manu is based in Suva so he has access to weights and facilities and I am sure that he has been sticking to his training and following the plan.

Other Fijian lifters to watch out for are Julia Malani, Apolonia Vaivai and Seruwaia Malani; who have shown keen persistence.

Toua, who will be competing in the 53 kg division, is optimistic she will be getting all gold in the snatch, clean-and-jerk and total.

Kari, whom along with Toua won an award each in the recent PNG SP Sport awards, thanked his trainers, families and supporters saying he’s looking forward to the Games and will be winning gold for them.

With 94 days till the Games, all athletes taking part are training hard for their country.