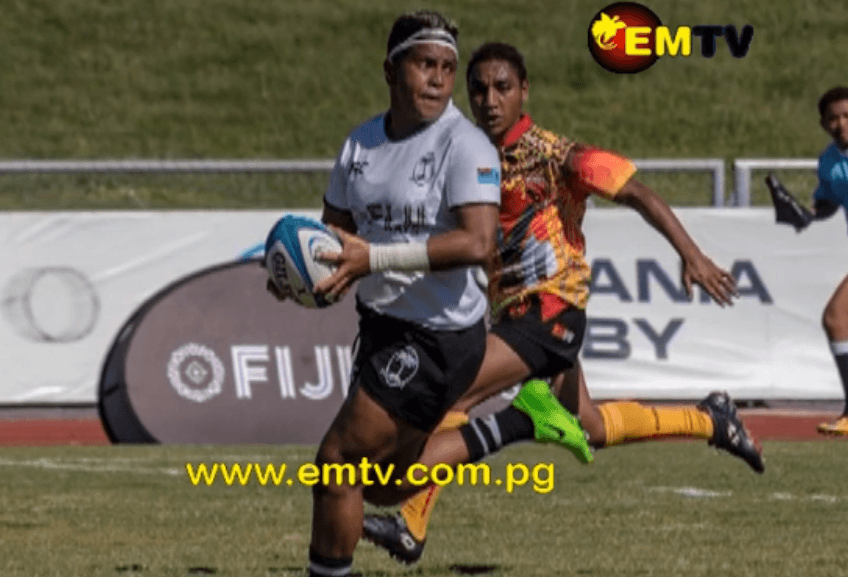 The ICTSI Palais second match against the Fiji Airways didn’t end so well for the PNG side, as Fiji maintained its win since round one.

Despite all the efforts from the Palais, Fiji proved to be the dominant side, clogging PNG at the end 96 points to ICTSI Palais Nil.

The Fiji Airways Fijiana 15’s made it very clear from their first rounds win, that it was no accident in dominating and dictating demonstration of attacking rugby against the Palais.

With a few line breaking runs, Fiji forwards set up many of the 9 first-half tries which led Fiji into the first half break leading 53 to Palais nil.

PNG  struggling to catch up after Fiji,  the second half didn’t provide any relief for the Papua New Guinea Palais as Fiji went on to adding 8 more tries to their tally.

Palais were unable to break through to create space and get the ball into the hands of their fast wingers as they did so well in the first round.

Palais Captain Debbie Kaore says she was happy with the effort the girls had put in.

Fiji Airways Fijiana Captain Rusila Nagasau had nothing but joy to see her team take victory in the end.

Palais Coach John Pangkatana while congratulating the Palais for their efforts, he says the girls have come a long way and will continue to better their game into the future.