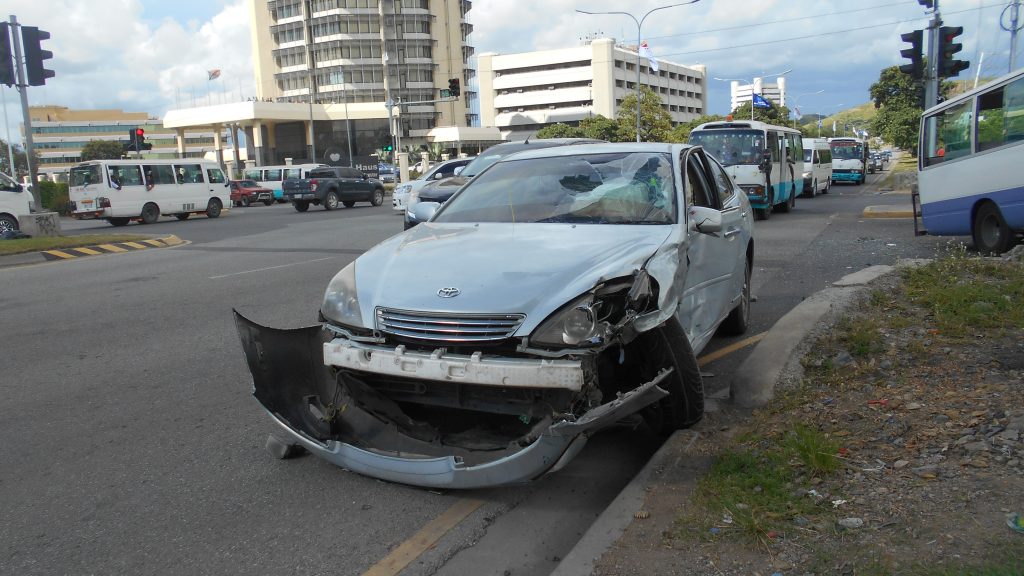 Image: Road accident involving a PMV Bus 7 and a Toyota Camry at the junction near Sir Manasupe Haus on February 22, 2018.

A female driver was arrested and charged for allegedly being involved in an accident about three Saturday’s ago in Port Moresby.

The accident took place opposite the Sir Manusape Haus at around 4am resulting in the deaths of three people with five receiving multiple injuries.

“The driver lost control of the vehicle allegedly whilst under the influence of alcohol. The vehicle reportedly over-turned three times and claimed the lives of three people,” officer-in-charge of Boroko Traffic Unit, Senior Inspector Joseph Salle said.

He added that the driver Lorraine Kwarara was arrested, charged and locked up at the Boroko Police Station cell. She was charged for negligent driving causing deaths and one for dangerous driving causing injuries under the Road Traffic Act (RTA).

Mr Salle confirmed that two people who died instantly at the scene were John Nouairi and Frederick Kwarara Todi, the son of the driver. Another female also died later at the Port Moresby General Hospital. They were all from Gabagaba village in the Central Province.

Fatal road accidents have been on a rise in the country’s capital, Port Moresby, where typical weekend starts on Thursday nights and ends around 10.00am on Sunday mornings. A 10-year survey research article ‘Road traffic accident fatalities in Port Moresby’ by Sankar N.Sinha and S.K.Sengupta from the  Department of Clinical Sciences and Pathology, Faculty of Medicine, University of Papua New Guinea states that most fatal accidents occurred during the weekend.

Meanwhile, in the United Kingdom, traffic officers (policemen and women) are positioned at roadsides with breathalyzers to check the blood-alcohol levels of drivers.