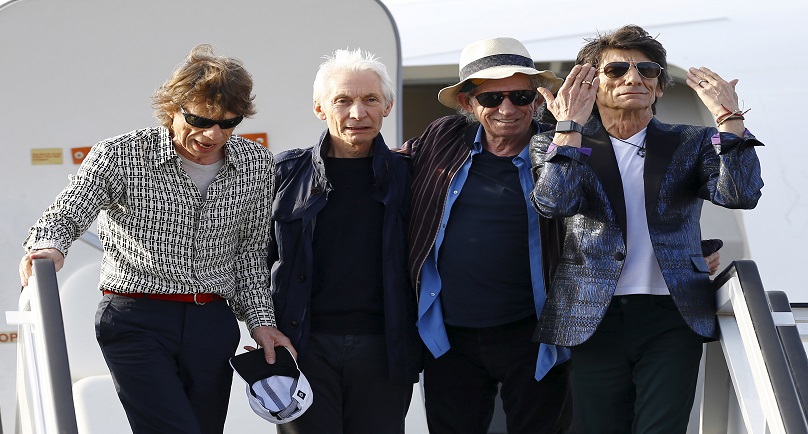 HAVANA (Reuters) – Long-denied Cuban fans of the Rolling Stones and foreigners who made a special trip lined up outside a Havana sports complex hours before the gates were to open on Friday for a historic rock concert in Cuba.

The Stones will become first major international rock stars to play Cuba with a free show due to start at 8:30 p.m. (0030 GMT).

Fans started gathering more than 12 hours ahead of time. Barriers kept them from the football and baseball fields where hundreds of thousands are expected to mass for the show. Police said people would be let in at 2 p.m.

“I love Mike Jagger so much. I’ve always dreamed about this. I couldn’t sleep knowing he would be here,” said Angela Menendez, who cleans floors in a hospital and said she arrived at 2 a.m.

People were dressed all manner of jeans, T-shirts and boots with the Stones’ tongue and lips logo. Noticeably absent were any would-be entrepreneurs selling any T-shirts or memorabilia.

Cubans have taken to coloring the tongue with the stars and stripes of the U.S. flag, whether in the mistaken believe that the Brit’sh rock legends were American or in the spirit of this week’s historic visit by U.S. President Barack Obama.

Bob Pover, a consultant from Montreal, said he has planned to attend since December, when he first heard rumors the Stones would play Havana.

“I’m not a huge Rolling Stones fan, but this is history. How could you miss it?” Pover said. “It’s more than a music show.”

The Communist government once banned the Stones and other rock music as a “ideological deviation.” Though never a legal statute, the taboo did not ease completely until the 1980s.

“Time changes everything,” Jagger told reporters upon his arrival at Havana airport on Thursday.

Sjoerd Olrichs, 67, said he became a Rolling Stones fan when he fired heard “Not Fade Away” on the radio in his native Netherlands in 1964 and has seen 77 Stones concerts since 1970.

“To me this is a consecration,” Leon said while nearby fans broke into their own a cappella version of Satisfaction. “I’ve waited my whole life for this. The Stones are the greatest.”

Katy and Miley on a feud after Concert Kiss