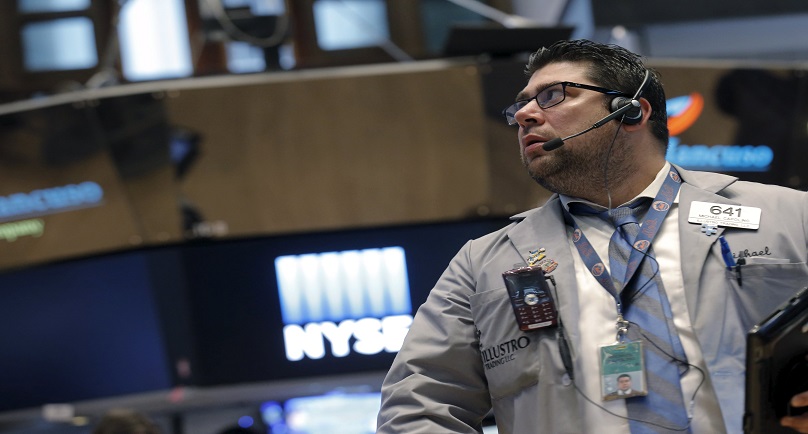 Image: A trader works on the floor of the New York Stock Exchange January 27, 2016. REUTERS/Brendan McDermid

(Reuters) – Wall Street climbed on Thursday as a blockbuster quarterly report from Facebook drove tech shares higher and a bounce in oil prices propped up the beleaguered energy sector.

Facebook surged 15.5 percent in its biggest one-day leap since 2013 after the digital advertising behemoth smashed expectations with a 52-percent jump in fourth-quarter revenue.

Helped also by a 4.28-percent gain in Alphabet, the S&P tech sector surged 1.48 percent.
The S&P energy sector rallied 3.15 percent, buoyed by a rise of almost 3 percent in oil prices due to speculation that

Saudi Arabia and other OPEC countries would cut output to boost prices.

Optimism sparked by earnings from Facebook and a handful of other companies, as well as the bounce in oil prices, was behind most of the day’s improved sentiment, investors said.

But they also warned the gains could be short-lived and that a steep selloff this year caused by weak oil and worries about China’s economy may not be exhausted. The S&P remains down 7 percent for 2016.

Investment Services in Hammond, Indiana. “I’d love to say we’re onward and upward from here but I don’t think things work that way.”

The Dow Jones transport average, which Carlson said was a good indicator of the economy’s health, fell 0.8 percent.

Others remained cautious after comments by the U.S. Federal Reserve’s Open Market Committee on Wednesday did not more strongly signal it could scale back the pace of future interest rate hikes in the wake of recent turmoil in global markets.

“The FOMC’s statement was less dovish than anticipated and very likely may have marked a top in the recent rebound we have seen,” warned Mohannad Aama, Managing Director, Beam Capital Management LLC in New York.

The Nasdaq biotech index lost 3.5 percent and was on track for its biggest monthly fall in 16 years.
Abbott Labs was the biggest drag on the healthcare sector, with a 9.3-percent drop.

During the session, PayPal surged 8.39 percent and Under Armour jumped 22.59 percent. Revenue at both companies beat estimates.

Among the losers, eBay sank 12.45 percent after it forecast weaker-than-expected quarterly revenue and profit.
Advancing issues outnumbered decliners on the NYSE by 2,054 to 1,032. On the Nasdaq, 1,470 issues rose and 1,312 fell.

About 8.8 billion shares changed hands on U.S. exchanges, above the 8.6 billion daily average for the past 20 trading days, according to Thomson Reuters data.