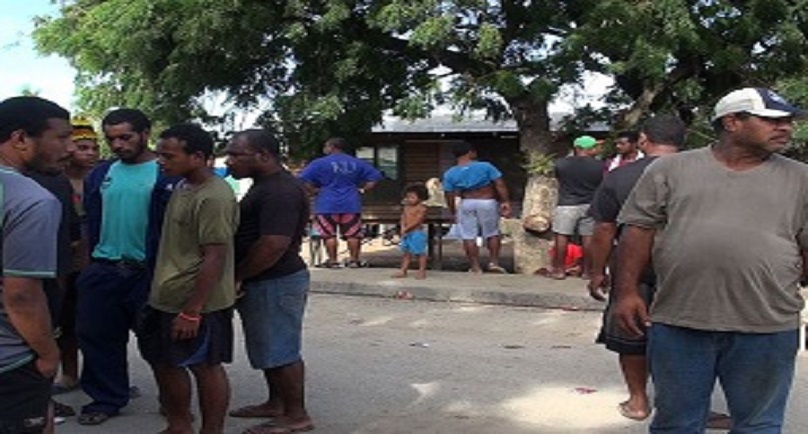 A group from Enga Province living in Port Moresby have demanded K1 Million compensation from the Motu-Koitabuan village of Baruni, following the assault on an Engan man a few weeks ago.

The assault victim, Jeffery Turia from Enga Province, was driving past Baruni when a group of youths assaulted him.

The Engan group, who claimed to be from the Itale clan, demanded the villagers give them K1 million cash today, or the equivalent amount in land.

However, the villagers say they don’t practice compensation paymen’s, and have asked if they can instead solve the issue through the justice system.

They have also surrendered to police the youths who were involved in the incident.

The Enga clan refused alternative offers, and has asked for compensation.

This resulted in local Baruni villagers blocking off roads at the Baruni area this morning. Police are currently at the scene to control the situation.

A group of Criminal Investigation Division (CID) officers are currently speaking with the victim’s relatives to calm the situation.

Meanwhile, the Baruni community made their stand that they will not easily give away their land.

The roadblock will continue until tomorrow morning. This is the first incident of its kind for 2016.

The Baruni road is the only access to the LNG plant, Fairfax Harbour, Exxon Mobil, and many other big industrial companies.

The roadblock has also affected the travelling public looking to head to both work and school.

Governor General thanks nation for support on Lady Dadae’s Passing