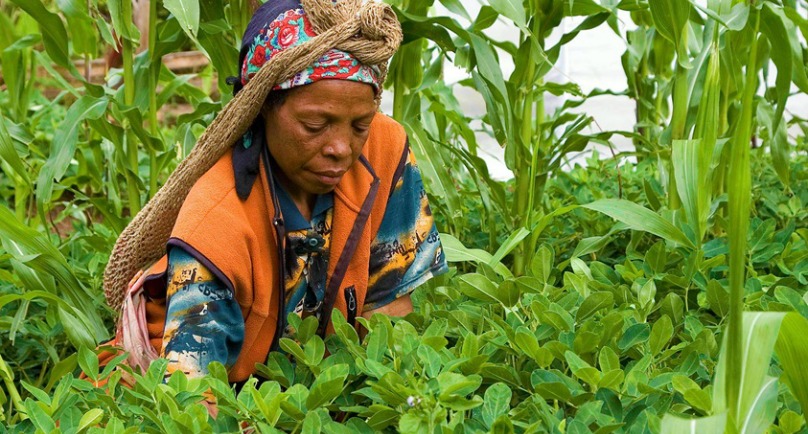 Until a few years ago, the Talum High Altitude Research Station in Enga province was fully operational, drawing scientists from all over the country to the province.

A longstanding feud between two clans put an end to the station’s operations. A nearby school was burnt and other government infrastructure destroyed. The previous events added to the external perception of Enga as a lawless province, with ongoing flare-ups of tribal warfare.

Enga province has been working hard to shake off that image and bring in new economic investment. The Provincial Administrator, Dr. Samson Amean, admits tribal fighting remains an ongoing problem, but points out that change is happening.

“People are tired of tribal fights,” he says.

“You know, we had the first contact with foreigners in the 1930s.

“We are way behind other parts of Papua New Guinea. We have to run to catch up and sometimes we will stumble. That’s how best I can describe Enga for you.”

The provincial government is now working to rebuild the station thanks to investment worth K23 million. It’s a 50-50 joint venture with Israeli company, Innovative Agro Industries, which brings with it experience in large-scale agricultural production.

In the provincial capital of Wabag, they were introduced to members of the Provincial Executive Council (PEC). While seemingly insignificant, the PEC is made up of clan leaders who have influence over some of the clans who are involved in the tribal fights. They’ve also come to understand the importance of high level foreign investment coupled with a provincial government investment.

“The government is trying to invest into agricultural commodities that provide an economic sustenance for our people,” says the Deputy Administrator for Economic Sector, Sandis Tsaka.

“Investing in vegetables as cash crops is now a really big thing and the partnership with the Israelis gives us the opportunity to invest in the staple food crops already being farmed by our farmers,” he said.

Unlike neighbouring Western Highlands, the availability of good agricultural land is limited. The focus of this project is to use the technology and skills brought by the Israelis to produce high yielding crops that can be exported.

The company will create a nucleus agriculture estate able to produce 1,000 tons of food per harvest cycle. Farmers from 320 households, with technical support from the Israelis, will produce an additional 1,200 tonnes.

The expected tonnage from farmers translates to K2 million per harvest cycle being put directly into the hands of Engan farmers. This arrangement eliminates the freight and cost burden faced by individual farmers who currently compete with the food production volume coming out of the neighbouring Western Highlands.