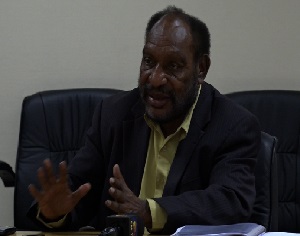 Enga Province is now looking to become a more independent province says Governor, Peter Ipatas. The province is considered matured, and to be given more responsibilities to determine its future.

In a recent media conference, Governor Ipatas said with the Province having over 400,000 in its population, it is only logic for the future of the province to be determined by the people of Enga.

“We have a huge ethnic group with our own history, culture and geography. We should be given more powers and responsibilities to charter our own future“, Ipatas said.

Moreover, Ipatas said that he does not want his districts in the province to be distorted, stressing he wants all district level governments to work together for the future of the province.