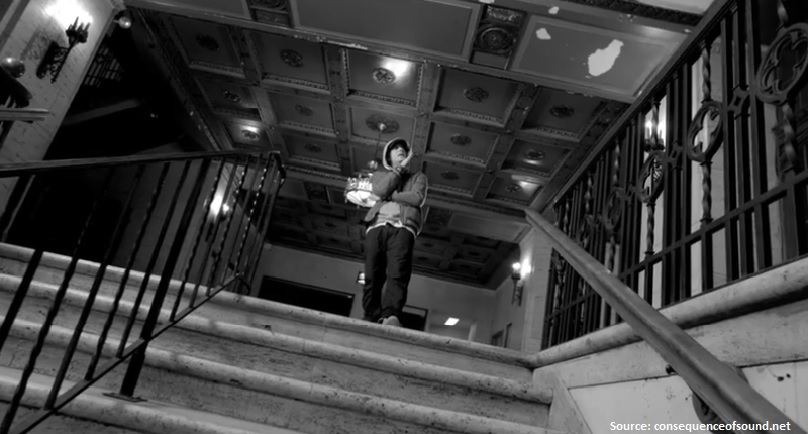 Three days have passed since the release of a featured track on Shady XV,  and the Detroit Vs Everybody video has already recorded more than 2.7 million views.

After two months since the track was released, the music artist has issued the video for Detroit Vs Everybody and it’s set in black and white featuring some of Detroits best emcees rapping about their hometown throughout a variety of locations in the city.

The six minute video was directed by Syndrome, who also did Eminem’s videos of Berzerk, Rap God and another Shady XV track, Guts over Fear.

Royce and Dej are on rooftops, while Brown and Sean perform in a pair of dilapidated buildings. Eminem is seen walking through the city and performing inside Detroit’s famous Masonic Temple.

The clip also includes shots of Ford Field, Joe Louis Arena and Comerica Park, along with downtown staples like Henry the Hatter and Lafayette and American Coney Islands.

Detroit Vs Everybody was one of Shady XV’s hardest hitting tracks and is undeniably a new city anthem.

The Shady Records album compilation that was released last November is currently No. 71 on Billboard 200 albums chart.