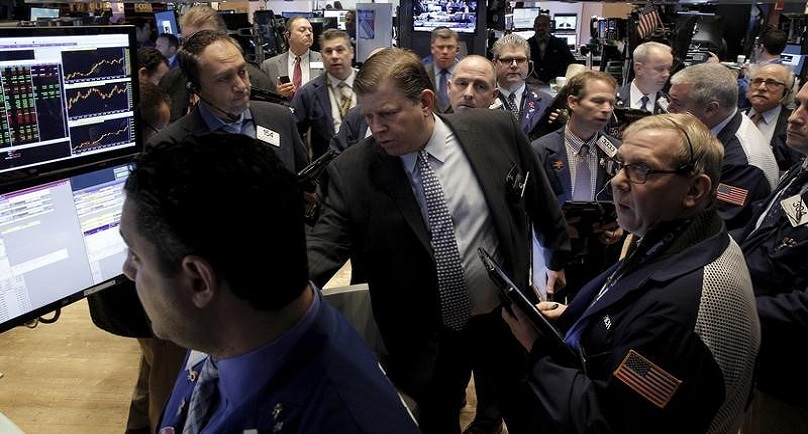 A measure of emerging-markets shares rose 1.4 percent for a fifth day of gains, its longest winning streak this year.

U.S. stocks finished higher after lagging most of the day, building on a recent recovery as a rally in energy stocks offset dips in health and technology shares.

The biggest move came from Brazil’s Bovespa index, which rose more than 5 percent on news that President Dilma Rousseff could be implicated in a sweeping corruption scandal. That encouraged investors who blame her administration’s policies for driving Brazil into what could be its deepest recession ever.

It was the most the Bovespa has risen since October 2009.

“(Emerging markets) fell the most so it’s bouncing the most in this risk recovery. But you can’t ignore the fact that it was actually crushed for most of last year,” said Win Thin, global head of emerging market currency strategy at Brown Brothers Harriman.

Emerging market stocks fell nearly 17 percent in 2015, and more than 6.5 percent in January, as investors pulled back on riskier stock markets due to concern about weak demand worldwide. That concern was fanned by sharp falloffs in commodities prices, particularly oil.

Since then, oil has recovered some of its losses, though it’still trades far below its average over the last year. On Thursday, Brent crude rose 0.2 percent to $37.01 and U.S. crude settled down 0.3 percent to $34.57.

Commodities have surged in tandem with the return of risk appetite that has swept markets over the past two weeks. Copper prices hit their highest since November, backed largely by news of fresh stimulus from China. Copper was up 1.3 percent on the day.

China, the world’s No. 2 economy and massive consumer of commodities, moved to cut banks’ reserve requirement ratio earlier in the week, indicating a slight easing bias in its monetary policy. China accounts for nearly half of global copper consumption estimated at about 22 million tonnes this year.

Despite the recent equity and commodity rally, questions remain about the global economy’s resilience. Global business activity expanded at its weakest rate in over three years in February, business surveys showed on Thursday.

The dollar stumbled after a survey of U.S. service-sector employment fell for the first time since 2014.

The dollar index, which measures the greenback against six major rivals, was down 0.6 percent.

U.S. Treasury prices rose modestly as investors looked ahead to Friday’s key employment report for signs of economic momentum. A solid jobs report could bolster expectations that the Federal Reserve remains on track to raise interest rates later this year.