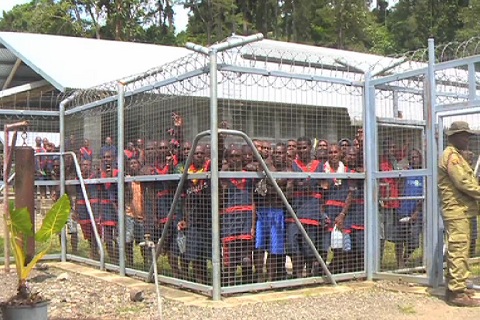 Atthe National Court in Waigani this afternoon Judge Collin Makail ruled against an extension of time for an election petition involving Nathan Piari and Enga Governor Peter Ipatas for the Enga Regional seat.

The Judge said explanations given by lawyers for Peter Ipatas for an extension to collate information for their case are unsatisfactory addingthey were given ample time..

He has refusedthe application with cost and adjournedthe matter to Monday 17sup>th May for a pre-trial conference.

The case will be heard in Mt Hagen when trial dates are set.

Sincethe  colonial  era, Papua New Guineahas not built new prisons.   The existing prisons many built  40 years ago    were  designed to hold a small number of   low  risk prisoners.  Betthe increased demand for more secure prisons have prompted  concerns that  our prisons are inadequate.
Dr. Sali saysthe prison system has to be reformed so that high risk prisoners are separated fromthe  rest and that special prison facilities are built to accommodatethem.
The Correctional Service  Commissioner,  Martin Belthazzar,  who has come under fire recently  overthe  jail breaks said one super maximum prison facility would cost the government about 50 million kina.
He also saidthe current prisons are designed  for low risk prisoners  and have  been a major factor behindthe prison breakouts.
Prison officer training, communications and  modern security  methods are need to be put in place.
The CS commissioner  says while crimes have become more  serious and organized, our  prison system still lags behind.