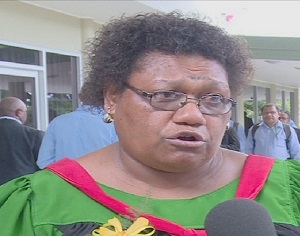 The East New Britain province is determined to ensure their communities receive government services at their doorsteps.

A big part of that plan is to ensure economic growth within the LLGs and ensuring secure access to land for the people.

In Kokopo district, work has already begun to turn what used to be old plantations into suburbs and what they call growth centres.

Acting Provincial Administrator Wilson Matavu explains, “Some are resettlement exercise (from the 1994 volcanic eruption), some plantations people moved into because of land pressure. The government supports some of those groups in Kokopo, Gazelle. (The) government acquires the land give some portion back to the people and some portions are for community centers.”

As Anastasia Dio, Acting Deputy CEO of Kokopo, says, the community centres will become part of what they are calling “growth centres” that will contain hospitals, schools, supermarkets, churches and office complexes. Basically they hope to build mini townships within their LLGs.

These land development plans will complement their effort in growing the SME sector within their LLGs. A vibrant sector that is already making use of a microfinance scheme, that is owned by the people and was established in the district using DSIP funds.

Special Cabinet Submission on Special Economic Zones to be Compiled