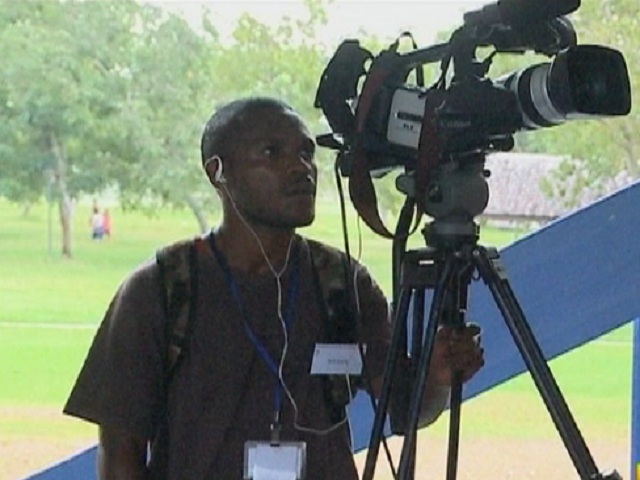 The Communication Arts Department has been advocating for the rights ofthe media since its inception.

Speakers included representatives fromthe Sausi community in Madang – a group which came close to be alienated fromtheir own land for Oil Palm Development. Their strong message was ‘Hold on to yourLand, Don’t Give It Away’.

The work of journalism as a noble profession was acknowledged. Veteran journalist Patrick Matbob got special recognition amongsPNG’s great. The DWU UNESCO Communication and Development Award was presented to Live and Learn – an NGO based in Kimbe which focuses onthe rights of children.

Today more and more newsrooms are clashing with commercial demands and political influence.In many cases this interferes with newsroom content.

MediaFreedom Dayaims to remindthe media industry that journalists havethe right to report without fear or favor and responsively.

Meanwhilethe Pacific Islands News Association, PINA called on members to think beyondtheir line of daily duties and think how this year’stheme, “Safe to Speak is relevant.”