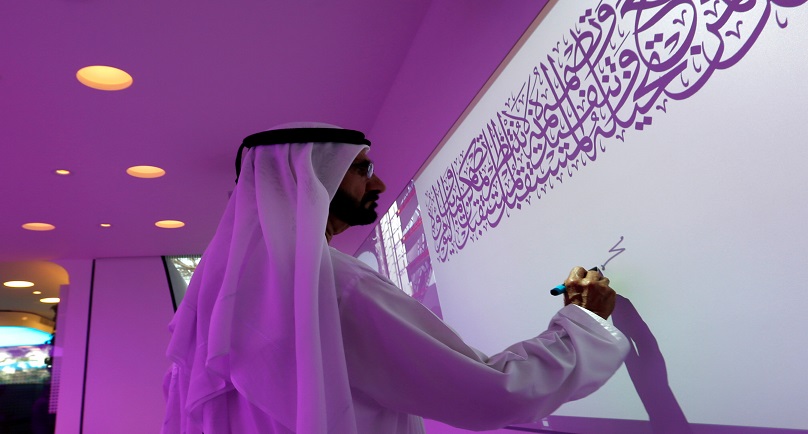 Image: Sheikh Mohammed bin Rashid Al Maktoum, Vice-President and Prime Minister of the UAE and Ruler of Dubai, signs on the board during the official opening of the world’s first functional 3D printed offices in Dubai May 23, 2016. REUTERS/Ahmed Jadallah

DUBAI (Reuters) – Dubai has opened what it said was the world’s first functioning 3D-printed office building, part of a drive by the Gulf’s main tourism and business hub to develop technology that cuts costs and saves time.

The printers – used industrially and also on a smaller scale to make digitally designed, three-dimensional objects from plastic – have not been used much for building.

This one used a special mixture of cement, a Dubai government statement said, and reliability tests were done in Britain and China.

“This is the first 3D-printed building in the world, and it’s not just a building, it has fully functional offices and staff,” the United Arab Emirates Minister of Cabinet Affairs, Mohamed Al Gergawi, said.

“We believe this is just the beginning. The world will change,” he said.

The arc-shaped office, built in 17 days and costing about $140,000, will be the temporary headquarters of Dubai Future Foundation – the company behind the project – is in the center of the city, near the Dubai International Financial Center.

Gergawi said studies estimated the technique could cut building time by 50-70 percent and labor costs by 50-80 percent. Dubai’s strategy was to have 25 percent of the buildings in the emirate printed by 2030, he said.