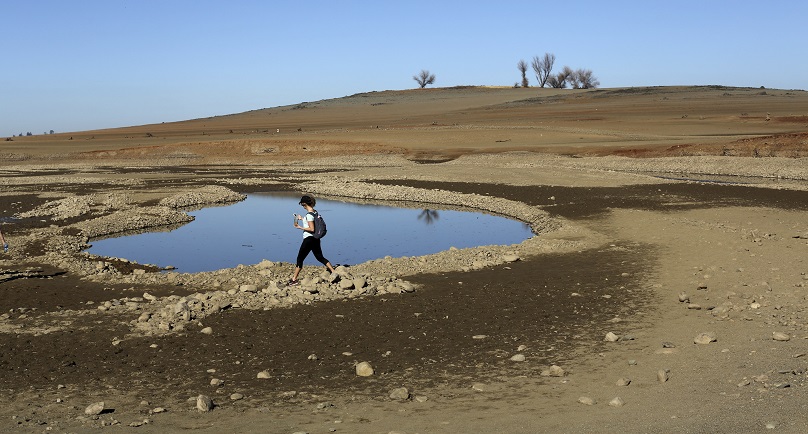 Image:  A visitor walks near the receding waters at Folsom Lake, which is at 17 percent of its capacity, in Folsom, California in this January 22, 2014 file photo. REUTERS/Robert Galbraith/Files

SACRAMENTO, Calif. (Reuters) – Residents and businesses in drought-stricken California cut back water use by nearly 25 percent from June 2015 through the end of February 2016 – enough to supply nearly 6 million people for a year, officials said Monday.

The state’s first ever mandatory cutbacks in water use were imposed by Democratic Governor Jerry Brown as the state entered its fourth year of devastating drought last spring, leading to a savings of 1.19 million acre-feet of water, about the amount used annually by the cities of Los Angeles, San Francisco and San Diego combined.

“Californians rose to the occasion, reducing irrigation, fixing leaks, taking shorter showers, and saving our precious water resources in all sorts of ways,” said Felicia Marcus, chair of the State Water Resources Control Board, which developed the regulations and is responsible for enforcing them.

Under the rules, California residents and businesses were required to cut back their usage by up to 36 percent over 2013, in a range determined by a combination of geography and past conservation efforts. All told, they conserved by 24 percent, close to the 25 percent goal set by Brown in an emergency order issued by Brown last April.

Regulators are weighing whether to lift or adjust the cutbacks following a wet winter that has left the northern part of the state with a plentiful water supply.

The State Water Resources Control Board is set to reconsider the orders at a series of meetings later this month, as consumers and water utilities chafe under the continued burden.

“We need to adjust to reflect the reality we’re in, while still being mindful of the fact that we don’t know what next year is going to bring,” Marcus said Monday.

One water district, responding to consumers who are irate that they must continue to conserve even as their local reservoir is reaching flood-control levels, has on its own told residents that they will no longer require cutbacks.

“It’s very hard to maintain your credibility when residents can see the lake spilling for flood control purposes,” yet stringent cutbacks are still being enforced, said Keith Durkin, assistant general manager of the San Juan Water District, which serves the community of Granite Bay and other suburbs east of Sacramento with water from Folsom Lake.

Seven facts about ‘To Kill a Mockingbird’ author Harper Lee