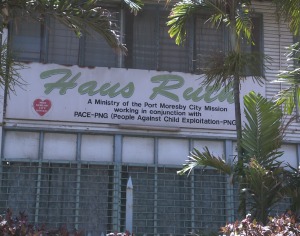 Victims of domestic violence believe one of the reasons for such a high number of abuses is because the current laws are weak.

Speaking at a European Union sponsored meeting, with NGOs and the Diplomatic Corp, on how to tackle domestic violence, the victims say they are not protected when the offenders repeat their crimes after paying a fine and being released.

They also describe cases of police personnel being bribed and abusers being released, as all too common.

A victim shared her story of her abusive partner’s son, from another marriage. The victim states that her partner’s son raped her 3-year old twin daughters, and was able to be released because her partner bribed a police officer to release his son.

Medecins San Frontiers last week released a report on gender based violence. They found the number of repeated abuse in PNG, and the number of children repeatedly abused is high.

Stakeholders at this meeting now called for the national government to seriously look into a no bail law and for police to discipline rogue officers.