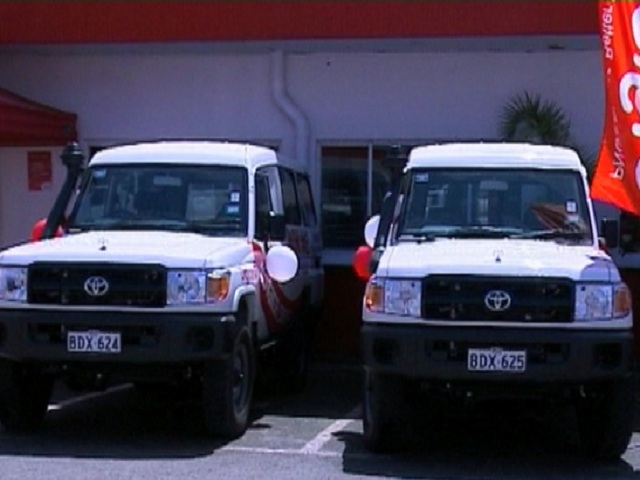 Since enteringthe mobile phone market in PNG in 2007, Digicel has bridgedthe gap in communication by giving Papua New Guineas opportunity to experiencethe world of technology.

It has pride itself asthe bigger better network with over two million customers inthe country. Overthe course of its operations it has given back to its loyal customers ether throughthe launch of a latest handset or through its promotions.

The competition runs for 8 weeks with 8 lucky customers driving away with a Toyota land cruiser. Also one million kina free credits will be given out daily to its customers.

An investment of K2m has been put into this promotion says Digicel Chief Operation Officer Darren McLean.

Customers were delighted withthe new promotion with hopes of being lucky winners. The catch isthe more you top up,the more chances you have of winning.

And a touch of star power has been added to boost promotion with Will Genia chosen asthe company’s brand ambassador for the next two years.

Will Genin PNG international Rugby Unionstar says he is happy to be part of Digicel and workings withthe youths develop in Rugby Union.

It’s a two-week program conducted with a holistic approach to address domestic violence.