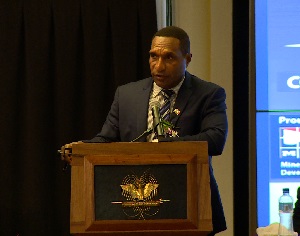 The Department of Works has maintained it is committed to delivering major works throughout the country.

Department of Works Secretary, David Wereh, said the department is working towards achieving some of these key areas. Wereh said missing road links around the country have been given priority and the department is set to open a number of missing links by the end of the year and 2017.

“Roads like the Madang to Simbu, Gulf to Southern Highlands and West to East New Britain have now been opened for the first time. We will continue to develop them till they are up to standard for our people to use,” Wereh said.