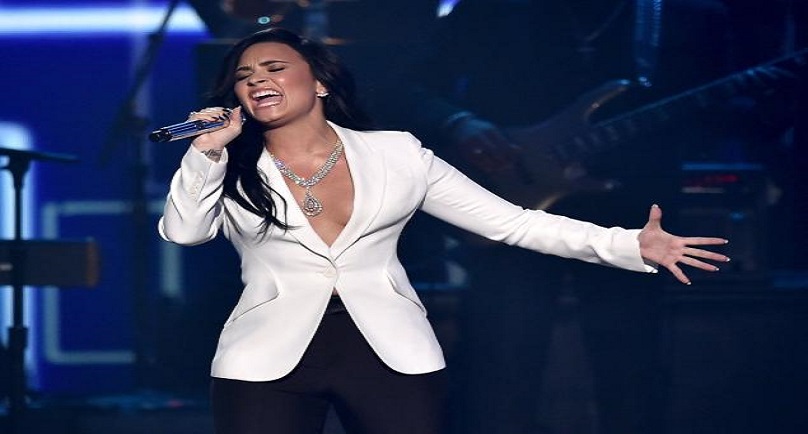 Songstress, Demi Lovato, took to Instagram Monday night to seemingly backtrack for a series of comments she made criticizing Taylor Swift’s $250,000 don’tion to Kesha.

“As most people know, I tend to get fired up about the things I believe in,” she started her message.

“Unfortunately sometimes my passion gets the best of me and causes me to say things that I probably shouldn’t say, “she continued.

The words captioned a powerful graphic the singer shared, which depicted men accused of rape. It highlighted a few who faced trial and the even fewer who were jailed.

“Our focus should be on the topic of victims of sexual and physical abuse being afraid to come forward with their stories,” Lovato said.

She continued to stand up for women of sexual assault throughout her message and proclaimed “All I want to see is women coming together and actually making a difference.”

“Everyone has their own way of giving support to others, and at the end of the day, helping victims is all that matters,” she said.

“Frustrating to see women come forward with their past only to be shot down, not believed & disrespected for their bravery in taking action,” she tweeted in the wee hours of Sunday morning, referencing the judge’s decision that Kesha would not be released from a recording contract that would see her working with the man who allegedly raped her.

Some accused Swift of don’ting the funds for publicity, but others pointed out that money could be key in Kesha’s fight to get out of the contract.

Apple Bringing Back the Small iPhone

Fossil of dinosaur swept away in ancient Australian river found