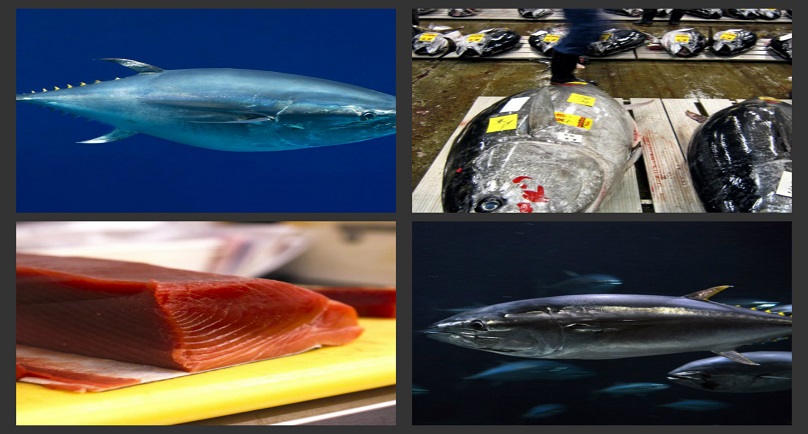 Pacific Bluefin Tuna, or Thunnus orientalis, is now labelled “vulnerable to extinction” on the International Union for Conservation of Nature’s Red List of Threatened Species; as demands for the fish species increases globally, and especially from Japanese markets.

Considered to be ‘highly prized’ by sashimi and sushi consumers of Japan, who delight in eating the Pacific Bluefin Tuna raw and thinly sliced. The dark-red belly meat of the tuna is greatly favoured, along with its rich oily flavour.

However, recent research has shown that the overfishing of adult Pacific Bluefin Tuna and the catching of the young, disrupting breeding and spawning populations, are having a detrimental effect on the future of the fish species.

“An increasing number of the fish are caught as juveniles which has caused its population to drop as much as 33 per cent in the past two decades.”

The Pacific bluefin tuna are considerably some of the largest, most powerful and fastest fish. Their bodies are perfectly streamlined to enable the fish to conserve energy during long-journeys; and are built for endurance and speed.

An amazing characteristic of the Pacific Bluefin tuna is Magnetite, a mineral found in neural pits in the tuna’s snout, which may be used by the tuna to detect the earth’s magnetic field for navigation.

Pacific bluefin tuna migrate over 11, 112 kilometres of ocean to the eastern Pacific, returning eventually to their birth waters for spawning. Unlike the majority of fish species, the Pacific Bluefin is warm-blooded. They are able to keep their bodies heated to about six degree Celsius, and this added warm ensures that they work more efficiently, and faster.

Pacific bluefin tuna spawn off of Okinawa; between Taiwan and the Philippines; and in the Sea of Japan.

“Unless fisheries implement the conservation and management measures developed for the Western and Central Pacific Ocean, including a reduction in the catches of juvenile fish, we cannot expect its status to improve in the short term.”