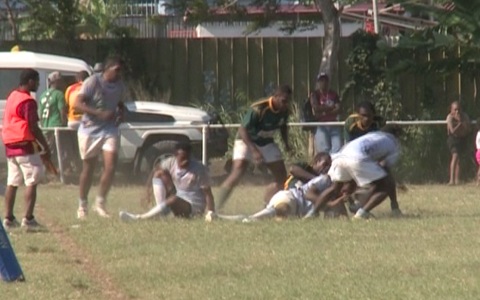 Defence fought back for a gritty and narrow eleven to ten win over arch-rivals University Piggies in the A-Grade Semi finals of the Capital Rugby Union Competition.

University had taken an early lead and looked set to surge ahead in the finals until a steal deep inside their opponents territory, and a resultant runaway try placed hope on Defence shoulders.

This swung momentum from Defence who until then had been trailing in the match and at times were struggling to maintain composure.

The imminent victory was further enhanced when a penalty nineteen meters out was successfully converted.

University placed Defence under a huge amount of pressure within their Twenty-two, however dropped balls and handling errors would let those few opportunities go to waste.

The victory for Defence however did come at a heavy price with a number of Defence players needing assistance after the match.