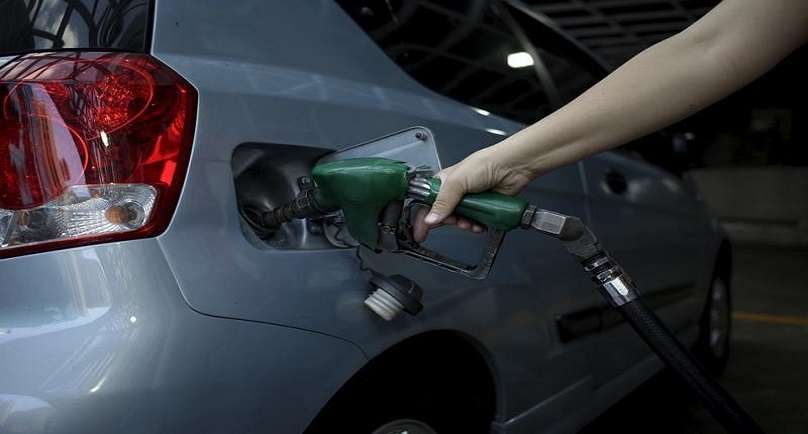 Image: A worker pumps gas into a vehicle at a gas station, which belongs to Venezuela’s state oil company PDVSA, in Caracas, February 13, 2016. REUTERS/Marco Bello

HOUSTON (Reuters) – As Venezuela grows closer to exhausting nearly every means of paying its debt, some oil market participants are seriously pondering the possible implications of an unprecedented event: the default of a major crude producing company.

State-run firm PDVSA faces around $5.2 billion in payments to bondholders in 2016, much of it in October and November, a sum that some experts say it will be hard-pressed to meet after the government used nearly all of its available cash reserves to pay $1.5 billion in maturities last week.

A default could curtail some of the OPEC member’s exports by crippling its ability to import crude and fuels used to blend its extra heavy oil, experts and sources say. It could also degrade the quality of domestic gasoline by limiting purchases of necessary components.

With the risk growing and payment delays to suppliers already emerging, some firms that sell to PDVSA have begun hedging their bets by using intermediaries or seeking higher prices, fearful they might never get paid, according to sources who deal with the firm.

“A possible PDVSA default is worrying for everybody,” a source from a U.S. oil company that buys from PDVSA told Reuters. And if they scrape together enough funds to pay off bondholders, “they will not be able to pay suppliers.”

The implications of a default for global oil supplies swamped by the biggest glut in decades are difficult to divine, but experts are closely watching the deteriorating finances of exporters for anything that could jolt markets.

“Of course, Venezuela is at the top of the list,” Daniel Yergin, vice chairman of analysis firm IHS, told Reuters last week.

Without imports of light crudes and diluents like naphtha that have rose to some 110,000 barrels per day (bpd) in 2015, PDVSA may be unable to export an estimated 235,000 bpd of its own heavy blends, according to calculations based on Thomson Reuters trade flows data – a disruption that could help curb an oversupplied global market.

Most of the country’s estimated 2 million bpd of exports, a portion of them secured against long-term loans, would likely still flow as PDVSA’s entire output is not dependent on imports and it has been increasing shipments to political allies.

Crude blend supplies to the United States and Asia could also be sustained if PDVSA’s partners, including U.S. Chevron, Russia’s Rosneft, Spain’s Repsol and China’s CNPC, step in to secure more diluents, as PDVSA has already asked them to do.

Yet a default would also likely reduce fuel components imports, which have risen to some 85,000 bpd due to growing use of cheap high-octane gasoline and falling domestic production.

DIGGING OUT OF DEBT
While PDVSA’s pending fourth-quarter debt payments of some $3.3 billion appear beyond its means, a default is far from a certainty, and its president Eulogio Del Pino said this week it is taking all measures to avoid it.

While not yet calling for a credit event in Venezuela, a JP Morgan report said PDVSA’s best intentions “cannot nonetheless trump the cold, hard realities of diminished cash flow.”

Refinancing efforts, including a bond swap through its pension fund, are making little visible progress. Expected dividends from its U.S. unit Citgo Petroleum along with money coming from Russian Rosneft’s stake increase in a joint venture would not be enough to reach October with full pockets, a government source said.

Some PDVSA suppliers are already edging away.

A prominent trading firm has recently been using local intermediaries in Venezuela to secure payments when supplying PDVSA, as selling directly or providing it with even minimal credit are no longer options, a source said.

PDVSA this month failed to award two spot tenders to buy gasoline components because of high price premiums, a reflection, according to one source who participated in the offer, of growing payment risks.

To ensure its supply lines remain open, PDVSA has signed deals with India’s Reliance Industries and Rosneft to exchange crude by fuels.

PDVSA’s close ties with CNPC and PetroChina Co could also guarantee some imports, but those could still be not enough to secure all barrels needed, traders said.

LEGAL RESOURCES
Even though any legal response to a default would have to pass through an external court to target PDVSA’s assets, clauses included in bond contracts make the company more exposed than the country to any actions taken by creditors to claim owed money, according to lawyers and experts.

Amid ongoing arbitration cases, oil giant ExxonMobil was granted court orders in 2008 that temporarily froze up to $12 billion in PDVSA’s overseas assets and $315 million in a joint bank account in New York. It was done through an extraordinary legal resource called ‘Mareva injunction’ that surprised Venezuela.

Even though the injunction was later overturned, that case and others that followed have exposed PDVSA’s bank accounts, tankers, cargoes and external terminals and refineries to the legal power of creditors.

PDVSA has taken steps recently to protect itself, including moving the accounts that collect money from its exports to China’s CITIC Bank from Banco Espirito Santo.

Getting a court order to freeze an account in China would be more difficult than acquiring access to those in the United States. Some PDVSA sales could also be protected if it delivers at its ports under prepayment agreements, so cargoes are owned by the buyer when leaving Venezuela, lawyers said.

After selling facilities in Germany, the Caribbean and the United States, PDVSA’s former president, Rafael Ramirez, recommended the government in 2014 to also get rid of all Citgo’s operations to protect the company against potential efforts to seize assets, according to a document seen by Reuters.

But even though the U.S. unit was offered for sale, the attempt was abandoned in 2015 after Venezuela asked it to raise $2.5 billion in loans and bonds on PDVSA’s behalf.

(Reporting by Marianna Parraga, with additional reporting by Corina Pons and Alexandra Ulmer in Caracas and Anna Driver in Houston; Editing by Jonathan Leff and Andrew Hay)

In brief: Newcrest Mining reports drop in gold production and other business stories