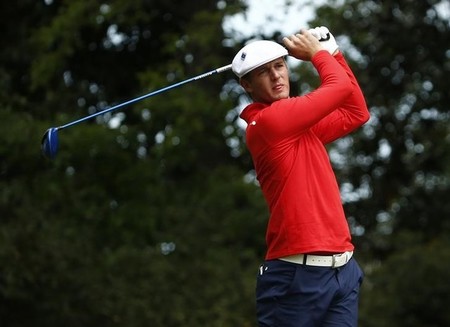 (Reuters) – Rookie Bryson DeChambeau earned a spot at the U.S. Open on Monday after coming through the final stage of qualifying but former world number one Luke Donald will have to return early on Tuesday for a playoff.

The final 55 spots for the June 16-19 U.S. Open at Oakmont Country Club, just outside of Pittsburgh, were up for grabs at 10 sectional sites across the country.

Donald finished in a six-way tie for ninth after rounds of 68 and 69, and will compete for one of five spots available in a sudden-death playoff on Tuesday in Powell, Ohio.

Most of the 103 players at the Wedgewood and Kinsale courses consisted of PGA Tour players, who competed at the nearby Memorial last week. There were 13 spots available.

The 22-year-old DeChambeau had gained a U.S. Open exemption when he won last year’s U.S. Amateur but forfeited that spot when he turned professional a week after the 2016 Masters.

DeChambeau (70-63) finished joint second in the Ohio sectional, one shot behind Carlos Ortiz (66-66).

2014 U.S. Open runner-up Erik Compton, Aaron Baddeley and Camilo Villegas were among those who failed to qualify. K.J. Choi withdrew after an opening 71, as did Stuart Appleby after a 74.

Former PGA Championship winner David Toms (66-69) was one of 10 qualifiers in Memphis, Tennessee.

Houston Open winner Jim Herman posted rounds 67 and 70 for a nine-under total to tie 36-year-old American professional Rob Oppenheim, also with scores of 67 and 70, and finish top of the sectional qualifying in Summit, New Jersey.

Two-time U.S. Open champion Lee Janzen (72-70) missed out on one of the six spots in New Jersey.

Players will return to the course in Jacksonville, Florida on Tuesday after play was suspended due to darkness. Vijay Singh is in the hunt for one of the qualifying spots.