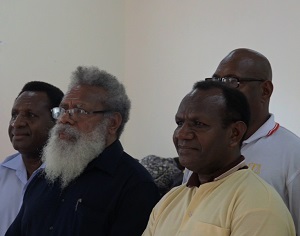 The Catholic Professionals Society of PNG (CPS), an association made up of prominent Catholics, today announced their stand in the call against the death penalty.

President Paul Harricknen said the society believes the death penalty is not the answer to the country’s law and order problems.

He said instead the country is facing a different problem where law enforcement agencies have become perpetrators of violence and deaths.

Moreover, the society questioned the involvement of Indonesia and Thailand to assist PNG with the death penalty. With the West Papua issue on Indonesian oppression at hand, the society has urged the national government to reconsider its involvement with Indonesia.

“We all know Indonesia is a country that uses brutal force to control its law and order problems and for over 50 years, they have suppressed the West Papuans as we see today,” said Mr Harricknen.

While the UN Declaration of Human Rights endorses the right for human beings to not be subjected to torture and death, CPS questioned the stand of PNG as a free and peaceful democracy.