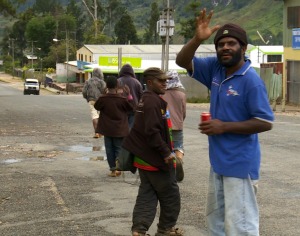 A partnership survey between the law and justice department and AusAid has revealed that Southern Highlands Province is the most improved province behind the Autonomous Region of Bougainville (AROB) in terms of law and order.

Southern Highlands Governor, William Powi, said for the past decade, the province was one of the country’s crime ridden province, however he is working to see changes in the province.

“We were once known for tribal fights, armed hold ups, and many more. But that is all changing because our mindsets are changing,” Powi said.

The Southern Highlands Provincial Government and the Justice Department in 2010 made a commitment to establish a National Court registry in the province to improve law and order; however that commitment did not eventuate until last Friday.

“We the leaders are commitment to bring change to the Province, you the people must work together with the law and order justice to see change,” Powi said.

The new National and District court houses were opened last Friday in Mendi with an additional K1 million committed to build residential houses for the province’s new judges.