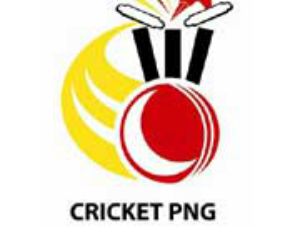 Cricket PNG (CPNG) has one again shown itself to be at the forefront of change in Papua New Guinea, after signing a memorandum of understanding (MOU) with the Coalition for Change.

The partnership will see Cricket PNG tackle the issue of domestic violence against women and children.

With Cricket PNG now being the first sporting code in the country to adopt the concept, it marks a historical moment for sport in the country.

Cricket PNG will be part of the MOU for two years, with courses and education for their players, filtering through to the younger players, with this awareness to be a priority for the sport.

Chairperson for the Coalition for Change, Lady Winifred Kamit, was ecstatic.

Also on hand for the signing was the Assistant Commissioner for the Australian Federal Police, Allan Scott, who spoke of building the capacity of the police in the country by forging partnerships.

Captain of the PNG National Team, the Barramundis, Jack Vare, who recently celebrated the arrival of his third daughter, talked on behalf of his team about how important the signing was.

The program is slated to roll out to the rest of the country, with Lae’s cricket association already confirmed to follow suite.

Another big event on CPNGs calendar is the PMMI Big Bash, set for October 14, with the competition toalso include a Coalition for Change program.

Coping with Climate Change in the Pacific Islands Region Program