The World Bank’s Ease of Doing Business singled out a new private credit bureau as having ‘improved the credit information system in Papua New Guinea.’ Bruce Mackinlay, Managing Director of the Credit & Data Bureau, tells Business Advantage PNG that the organisation is improving the country’s transparency and accountability.

Mackinlay says the number of transactions being covered by the Bureau has grown sharply. ‘We had a quiet start. 2009 was our first full year, and in that year we did about 4,300 transactions. Now we are averaging about 16,000 a month. The graph there in terms of transactions keeps going up. 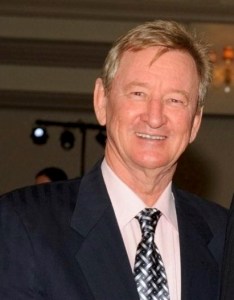 ‘We do have an accurate measurement of how much our members have recovered through listing their defaulters on the database – it’s now over K203 million since we commenced’.

Mackinlay says the Bureau’s credit reporting at the moment is only on defaults or failed payments, but there is an intention to expand.

‘We haven’t got to the stage where we have moved into positive reporting: details where people are paying off their loans with no problems at all.

‘That is probably going to happen in the next 12 to 18 months. We will be working with members and our software providers.’

‘I think our biggest problem is the fact that the national ID system is still developing in PNG.’.

Mackinlay says the Bureau has more than 290,000 consumer records and 21,000 company records. ‘Basically, our members upload the data and we are required to make sure it is accurate.

‘We monitor it to make sure that any errors are quickly corrected. We have had very few issues. I think our biggest problem is the fact that the national ID system is still developing in PNG’.

‘This means having to use a ‘range of ID identifiers’ including: bank account, driver licences and superfund numbers.

‘The availability of credit histories is making for much greater transparency and accountability in financial dealings.’

‘Collecting those and making sure we have got the right people is an ongoing job. But the quality has been good. We have never had to have a compliance committee meeting—we have been able to resolve those issues straight away.’

Mackinlay was seconded to the Bureau after retiring as a school principal, having taught for 40 years in PNG. He says the availability of credit histories is making for much greater transparency and accountability in financial dealings.

‘If you are a company or an individual with a poor credit history then life is difficult and your records are going to reflect that.

‘It has made people a lot more aware of their obligations when they take on loans.’

‘If you are a company that has never had an issue and you are a borrower, it is a positive. If there is no adverse information that makes it a lot easier for the borrower.’

Mackinlay says the Bureau has largely developed through networking, especially with industry organisations.

‘It has made people a lot more aware of their obligations when they take on loans. I also think it has had an educational effect. We have been involved in financial inclusion, micro-financing, training, savings and loans societies.

‘It is important that our shareholders are lenders: the major banks and financial institutions. I think when people see our shareholders it gives us a bit of street credibility. We have had great support from our members.’