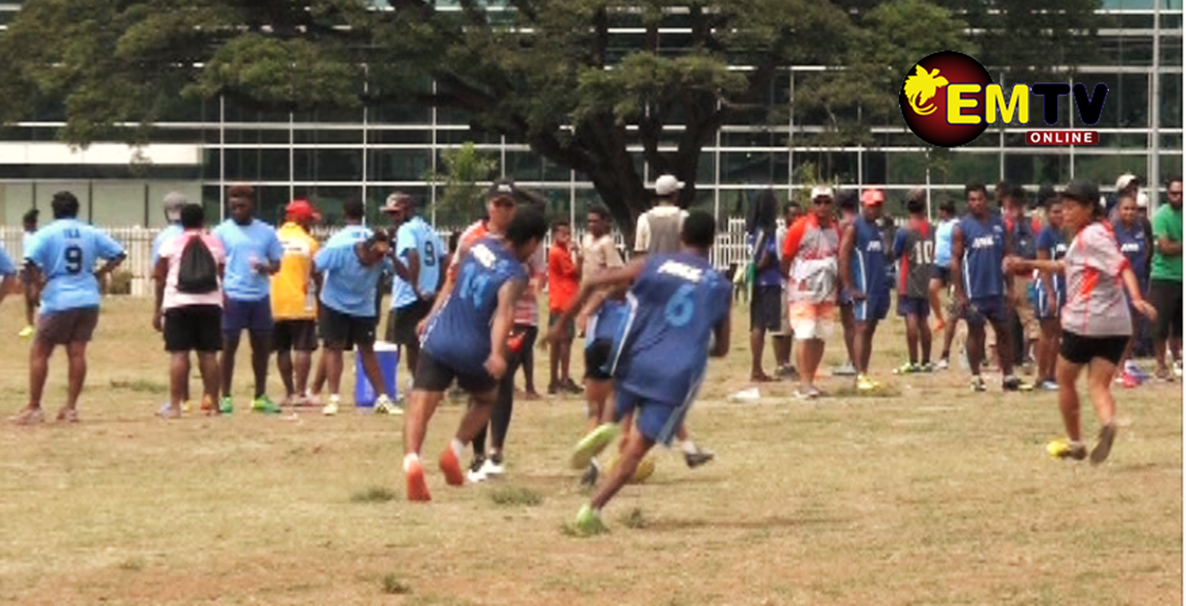 Corporate Touch Port Moresby Association is shaping up to host one of its biggest Grand Finals, this Sunday, at the Oil Search National Football Stadium.

The competition, now into its 20th year, has secured itself as the leading Touch Football competition in the country.

A total of 9 matches are scheduled for this weekend’s finals.

According to the competition Boss Barrow Kirupana, since its inception 20 years ago, the competition has grown from strength to strength, fielding some of the best Touch Footy players of this generation, that have gone on to make a name for themselves and for the country as national representative players.

With this season’s nearing its end, President Barrow and his team of organizers have been working around the clock to ensure this year’s finals are one to remember.

The competition is backed by corporate entities in Port Moresby and State-Owned-Enterprises who fielded most of the Teams in regular season games.

The competition alone consists of 23 affiliated clubs under the Corporate Touch Port Moresby Association, with a total of 99 Teams in different divisions.

Sir John Guise Stadium played host to last year’s Finals and Sir Hubert Murray Stadium in the previous year, this time the organizers went out of their comfort zone and secured the home of rugby league, the Oil Search National Football Stadium.

As the finals beckon, a total of 9 games and 18 teams will vie for the ultimate prize of being crowned champions of their respective divisions in front of what is expected to be a sellout crowd on game day.

A smooth running of competition throughout the 2018 season, CTPM Operations Manager Jerry Borg says the Grand Final is shaping to be a thriller; as some of the country’s top touch footy players, runs out the men’s and women’s A grade division.

Director Kual added that the competition level is of a high standard and continues to raise the bar every year, whilst producing quality players for rep honors and encourages the public to turn up this Sunday and support the game.

Pre-sold Tickets are going for K2 for children under the age of 15, and K5 for adults, for those who aren’t able to purchase tickets at this stage, tickets will be sold at the gate.

Entrainments such as the raffle tickets draw, and even a cultural singsing group, is set up for a spectacular afternoon of footy action.