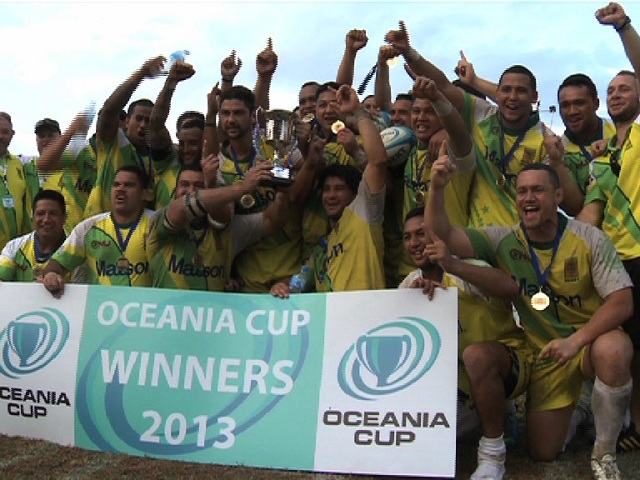 The Cooks took oPNG Pukpuks inthe final to determine who would go on to meet Fiji intheWorld Cup qualifier – Cook Islands will now have that privilege.

Withthe 2nd half in play, Pukpuks trailed Cook Islands 12-15 as both teams madetheir way back out on field.

Cook Islands went on to score leading Pukpuks 20-12 with a converted try.

It will be a long 4 year wait forthPNG Pukpuks to get a chance to compete at anther qualifying match.

Cook Islands captain Stan Wright was overwhelmed with his team for winningthe cup for the first time since its inception in 2007.