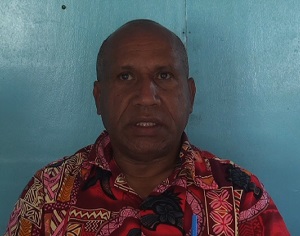 Worrying concerns have been raised from a District Development CEO in the Sothern Highlands on relief supplies that are meant for drought and frost affected people in the Southern Highlands Province.

James Embea, CEO of Mendi Munhiu, said on one occasion they have lost a number of rations while it was being delivered to Mendi town.

Last week, Finance Minister James Marape announced that districts will be the coordinating point of all disaster relief efforts in the country.

The District Development Authority Chief blames a lack of coordination between the National Disaster Office and his office for this mishap.

“Some supplies meant for the district was actually lost between Hagen and Mendi,” Mr Embea said.

He said this will now affect their relief supply distribution in one of their LLG’s.

“I am afraid we might not be able to have enough to cover the whole of Lai Valley LLG that’s some 7,000 households, an estimated 20,000 people.”

According to Mr Embea, 80,000 people in the Mendi Muniu District are affected by frost and drought.

While relief supply distribution began in October, there is a delay because there is not enough rations for everyone who needs it.

The DDA and the Provincial Government have been able to assist using their services improvement program funds, with help also coming from certain food companies; it will still not be enough for the Lai Valley LLG.

“I have enough to cover half of the population, but we will still be short of almost 4,500 bags of rice,” Mr Embea said of the rations he has at hand.

Districts in Enga province are also facing the impact of frost and drought.

Last Sunday, the Enga governor, and the Enga Provincial Police commander, raised concerns that shortfall in disaster relief supplies may cause law and order issues in their province.