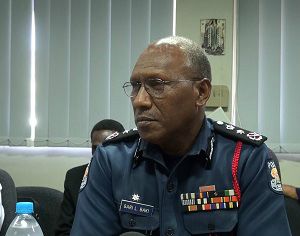 Their call came after the commissioner announced a reshuffle on 16 senior positions within the constabulary nationwide.

Community leader, Charles Tom says while the Commissioner has powers to transfer officers, Mr Baki must consider the level of trust the police has gained from the public, particularly in Port Moresby in the last three years.

The community justified their call to keep Mr. Bawa on the grounds that they experienced a decrease in alcohol-related issues in Eight Mile after the Superintendent imposed an Alcohol Ban in 2014.

They are the second community in Port Moresby to make this call, since the announcement earlier this week.

“We used to see a lot of problems because of beer, fighting amongst the young people and domestic violence at home but Bawa came and imposed a ban on the sale of beer here and we now have a safer community,” Tom said.

He is being replaced by unattached officer, Chief Inspector, Ben Turi.

Other changes in the NCD Command include Acting Assistant Commander for NCD and Central province, Jerry Frank, moved to head the Traffic department.

Chief Inspector Silas Waiyagure, the current Superintendent for Operations in NCD will be transferred to Gulf as the Provincial Police Commander.

The change in the NCD Police Boss means a new relationship with not only the new Met Sup, but with the Operations and Administration Superintendents, the community say.

EMTV’s attempts to get a camera interview with the commissioner this week was unsuccessful, however, the Commissioner released a media statement on Wednesday stating he will continue with the reshuffle because it is intended to improve the police service across the country.