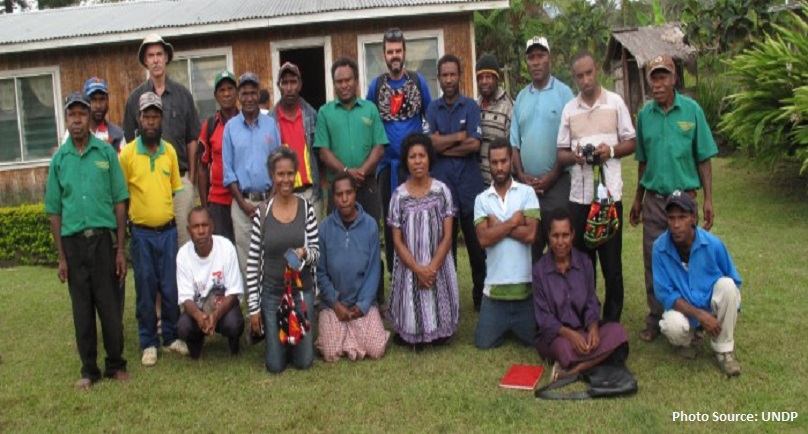 Last Friday marked the final workshop that hosted the Millennium Development Goal (MDGs) Acceleration Project. It’s a project whose framework is aimed at assisting Papua New Guinea’s government to develop a systematic action plan, that are based on the current plans and processes to achieve the MDGs, starting at the community base level. It also aims to demonstrate the capacities of civil society groups to drive development.

The MDGs were first established to help developing countries reach better living standards by the target date of 2015, concerning these eight goals presented under the MDG:

With the target date already reached, much development is yet to be seen in the country’s rural areas.

Conferring to the World Bank’s 2014 data, PNG’s percentage of rural population stands at 87.02 per cent of the total population. That’s more than half the population living in underprivileged conditions with little or no essential government services, lacking infrastructure, poor income from agriculture and insufficient government coordination and communication from national level to local level.

The concluding workshop brought together various parties involved in the four year project with presentations of the achievements reached in these rural communities, whose financial assistance came from European Union (EU) providing 150,000 Euros each through civil society organisations that supported community-led sustainable development.

Some of the results from the project include:

·      100 + girls will have improved school attendance due to construction of ablution block for girls;

·      850 people have increased access to local markets due to transport improvements.

The project also noted an improved cooperation between communities, faith groups and clans; improved prospects, training and skill development for the youth; women’s empowerment through project implementation and training with increased working relationships and partnership with local stakeholders, and community confidence to aspire for more.

“It’s stunning what four village communists achieved. It’sets really high benchmark to everyone of what can be achieved in the country. One of the lessons we learnt – is that each community is making progress, we can see from where you started and where you are now. And we can feel how proud you are. All of this work is about enabling communities to reach further. And our job as the UN is to help you with that. You presented your successes, but we know how much efforts, time, energy, and maybe tears went to achieving these results.” commented Roy Trivedy, UN Resident Coordinator/ UNDP Resident Representative.

CLMAP was developed by the European Union in 2012 under the implementation of the Department of National Planning and Monitoring with Technical support from United Nations Development Programme.