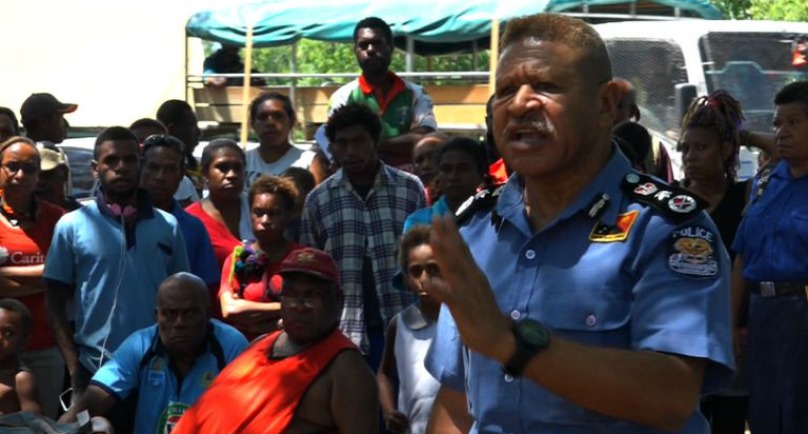 Mr Vaki arrived unannounced and accompanied by senior officers of the force, to address several disciplinary issues that he believes have become profoundly evident within the police living quarters, and perpetrated by police members and their families.

Vaki said discipline and order is not being upheld in police barracks nationwide, and police members with their families are heavily involved in practices such as selling of betelnut, despite the betelnut ban, drunk and disorderly behavior from liquor consumption, and harboring of wantoks, resulting in overcrowding of facilities.

The commissioner said Gordon’s Barracks in Port Moresby has been the centre of media scrutiny and public criticism, following reports of police members allegedly confiscating betelnut from smugglers and conveying them back to the barracks to sell.

Vaki said these practices have brought shame and embarrassment to the once iconic and respected policing organisation, causing public confidence for the force to decline.

However, the commissioner says the situation has progressed to its present state due to factors such as lack of command and control by those in charge, shortage of accommodation, and a delayed pay increase.

When addressing the crowd, the commissioner told the men of law that although the issues are serious and will be taken into account, police members should not see this as an excuse to allow self-discipline to erode.

In addressing these issues, Vaki said his approach stresses mainly on good governance, to allow reinstatement and reinforcement of standing orders.

This will mean fortnightly inspections, compulsory work parades and firm disciplinary actions taken against those who do not abide by the law.